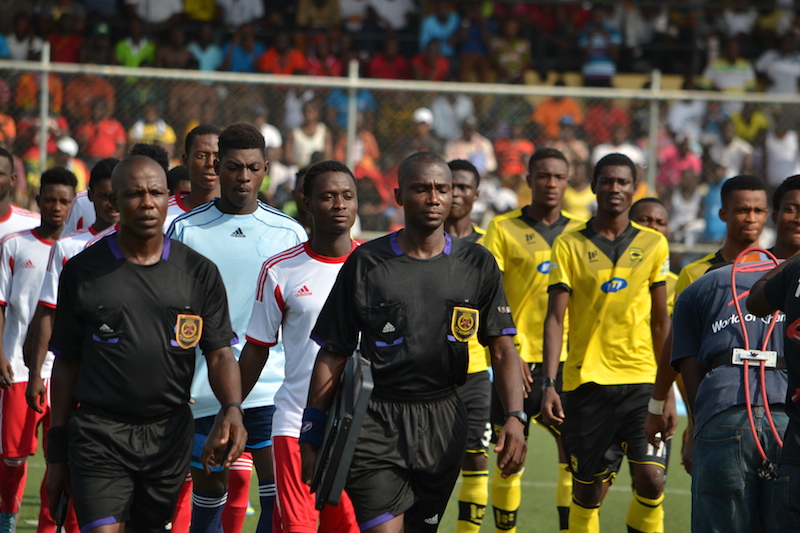 It exceeded expectations as the Academy Boys mechanically edged the title favourites Asante Kotoko 2-0 at the WAFA Stadium thanks to goals from Charles Boateng and Man of the Match Samuel Tetteh.

Kotoko failed to live up to their pre-season champions tag as the got beaten severely.

GHANASoccernet.com brings you FIVE things learned from the league opener.

Ghana U20 World Cup star Samuel Tetteh made many people understand why he was handed a call up into the Black Stars squad that eliminated Comoros Islands in the 2018 World Cup qualifier later last year.

Tetteh was named man of the match the league opener where his bursting run beat Asante Kotoko defenders to double WAFA's lead in the second half.

That was seen as no worries to the Porcupines by many since they divided their team to two during the off season with one setup winning the G6 tournament in Takoradi whilst the others were in Libya honouring an International friendly.

Despite WAFA staying up in the topflight last season in during the last round of matches, they showed glimpses of competing with the big guns for the league title after beating Asante Kotoko by 2-0 on Saturday.

A chunk of their first team squad have been retained with the exception of Zakaria Mumuni who joined Aduana Stars and goalie Felix Annan who returned to Asante Kotoko after a loan spell.

If their teamwork is anything to go by, then WAFA will be seen rubbing shoulders with the top sides in 2015/2016 Ghana Premier League.

Notwithstanding the delays and a threat of an injunction, the numbers at the WAFA Stadium to watch WAFA thrash Asante Kotoko is a clear indication the Ghana Premier League is alive.

WAFA charged an unprecedented a flat rate of GHC10 at the gates but that did not deter the fans to troop the stadium.

There was a capacity crowd with many also watching on television.

Both sides scored low marks with respect to jersey “branding”. There was nothing to depict it was a WAFA jersey because it had no club crest and there were no names at the back. Kotoko were looking resplendent in their newly acquired Mafro jerseys but they had no names at the back.