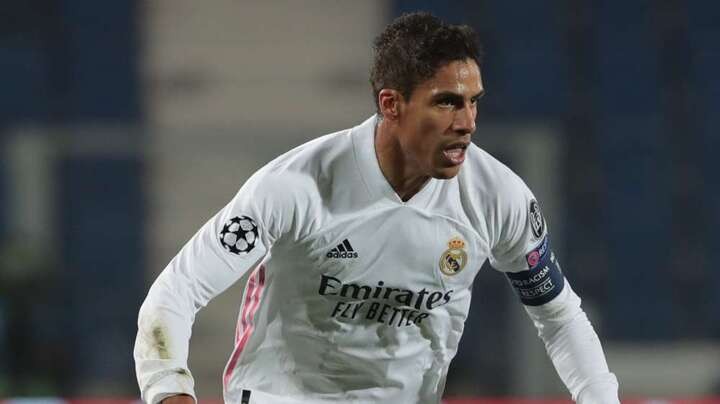 Manchester United have been making the right noises in the summer transfer windown, after finalising the signings of two star players - Jadon Sancho and Raphael Varane. While in Sancho they have got a very promising attacker, the Varane deal is what is grabbing all the headlines.

Considered one of the best central defenders in the world right now, Varane came to United at the age of 28 for a sum of £34m which is considered a steal for a player of Varane's calibre.

As the World Cup-winning French defender looks set to don the Red Devils' shirt, we take a look at five things that you probably didn't know about Varane.

With four Champions League titles and a World Cup winners medal, Raphael Varane is one of the most accomplished defenders of this generation. The 28-year-old Frenchman has won every single title in Spain and is now on his way to Manchester United for a new experience.

Varane has won a total of 19 trophies in his career so far, 18 with Real Madrid and one with the French national team.

Raphael Varane has been fortunate to play with and against some of the best players in the world while being at Real Madrid for the past 10 seasons. He has also worked with top coaches like Jose Mourinho, Carlo Ancelotti and Zinedine Zidane at Los Blancos.

They have seen Varane progress from a promising youngster to one of the best defenders in the world over the years. They have had some amazing things to say about the French defender in the past.

Here are some famous quotes on the star centre-back:

Zidane on Varane in 2021: “He arrived when he was 18 and from the start, he showed what he can do. He’s won a lot and shown his ability to be a leader, help others and show what he’s capable of doing out on the pitch."

Cristiano Ronaldo to AS in 2013: "Varane is now learning a lot. He has grown as a player and as a man. He is quick, he has good composure and he is very calm.

“He is accumulating experience at his young age. He is humble and, for me, in a few years will be one of the best central defenders in the world. I have no doubt about it.”

Rio Ferdinand in 2021: “When you watch him sometimes he almost purrs, he’s got that pace, that poise. We’ve signed a genuine world-class centre back. His list of honours is ridiculous, it’s as long as my arm.”

Gary Neville on Sky Sports in 2020: “I put Raphael Varane ahead of Virgil van Dijk. He’s won so many European Cups, a World Cup, he’s an amazing player.”

Did you know that growing up, Raphael Varane idolised former Manchester United central defender and club legend Rio Ferdinand. In 2011, Ferdinand was still playing at United and that was when Varane was close to joining the Red Devils from RC Lens. Unfortunately, the move did not materialise and he went to Real Madrid.

While he could not play alongside his boyhood hero, he played against Ferdinand in the 2012/13 Champions League round of 16 matches. Real Madrid had edged out the English giants 3-2 on aggregate to progress to the next round.

In 2011 while still a teenager playing for RC Lens and pursuing his studies, Varane received a phone call from a certain gentleman named Zinedine Zidane, who at that time was a counselor to Real Madrid chairman Florentino Perez.

Zidane had called to convince the teenager to join Real Madrid. Varane initially took that as a joke but when he realised whose voice it was he had politely asked the man on the other side of the call to call him back later as he was busy with studies. A few days later, of course, Varane obliged the French legend and signed for Real Madrid.

Bayern Munich fans look away as the German had a golden opportunity to sign Raphael Varane as a teenager back in 2011 for a paltry sum of five million Euros but they decided otherwise and eventually, the Frenchman ended up at Real Madrid.

Former French international and Bayern Munich right-back Willy Sagnol worked as a scout at the German club in 2011. He had the opportunity to have a look at a young Varane playing for RC Lens.

After watching Varane play, he informed the club about the youngster but unfortunately, the Bundesliga side considered Varane's transfer fee to be very high at that point. Varane later moved to Real Madrid close to 10 million Euros which is double of what Bayern had to pay!

Sagnol narrated the incident in a program on RMC, where he said, "One day a friend called me and said: You have to see a really interesting young player. I saw straight away how mature Varane was. However, Bayern considered the transfer fee to be too high.

“When I passed everything on to the club, I was told that it was still too expensive for an 18-year-old. Two months later, Varane went to Real Madrid for ten million. ”The 26-year-old central defender still plays there and has already won the Champions League four times with Los Blancos.