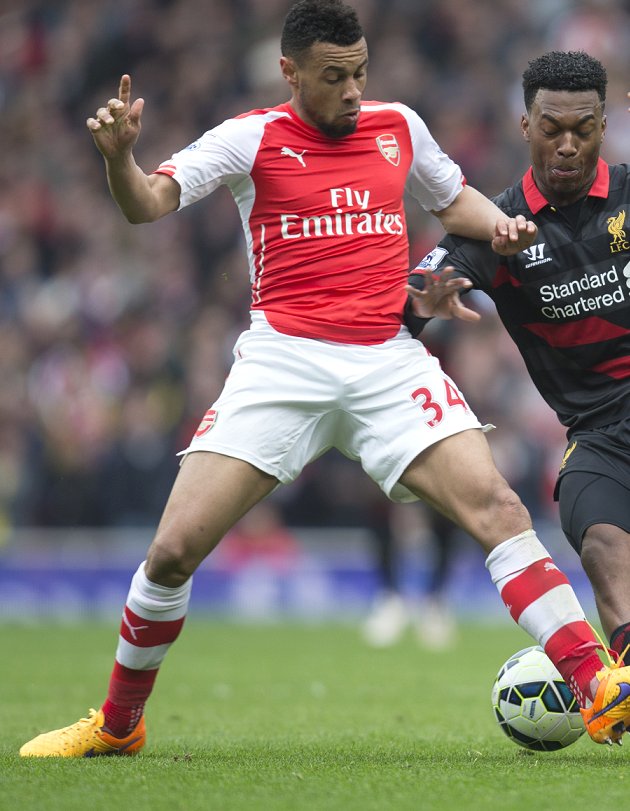 Arsenal midfielder Mathieu Flamini is adamant he is capable of filling the void left by injured teammate Francis Coquelin.

Coquelin has been ruled out for three months after sustaining a knee injury in the Gunners' loss to West Bromwich Albion last weekend.

Flamini had the opportunity to start just his fourth match of the campaign in Arsenal's 3-0 Champions League win over Dinamo Zagreb on Tuesday and the Frenchman is determined to make Coquelin's spot in the first XI his own.

"Football is a competition, it makes you better and stronger," Flamini said.

"I have an opportunity to be back in the team and I will try to prove every game that I can be in the team. Can I play twice a week for three months? I think I can but now it is my job to prove it.

"Fitness is hard to maintain. For an athlete, if you don't play every week, it's not easy because the more games you have in your legs, the better you become. You gain in confidence, you become better physically, so the possibility to have game after game is obviously going to be good for me.

"It's a lot of pleasure for me that I get back into the team. The season is always very long so sometimes you have to accept being on the bench but sometimes you have the opportunity to prove you are still there and can still play in the Arsenal team. I really enjoyed the Dinamo game."