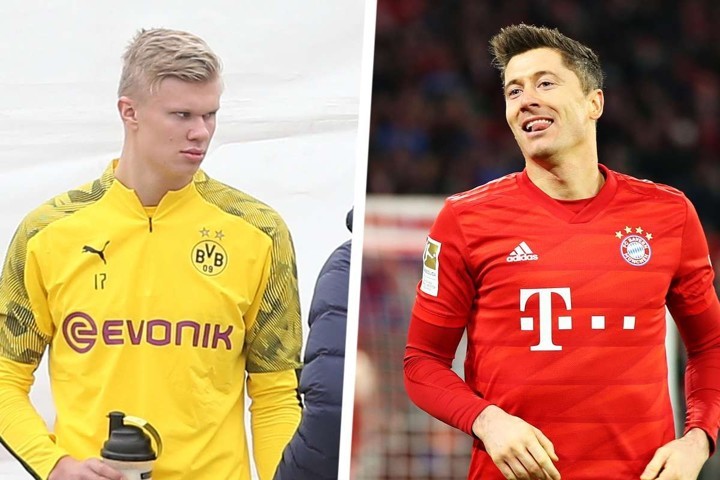 "It is [Haaland's] first season, so comparing him now is too early," Flick told reporters. "Robert has always been at a world-class level in recent years. But Haaland is a huge talent. He is a young player, but he has a huge pull towards the goal. He just wants to finish.

"He has a brilliant dynamic. He is greedy, is an enormous size but is still agile. But we don't just have to watch out for him [on Tuesday]."

Flick, who is anticipating a resilient Dortmund performance, also acknowledged the peculiarity of playing such a pivotal match in front of no supporters, due to the coronavirus crisis.

"It is a very special game," Flick said as he was asked if playing behind closed doors could present an advantage to Bayern.

"The atmosphere can inspire any team. It is about how you can cope with it. You have to accept the current situation. You can't look for an excuse. We have to implement the match plan."

Thomas Müller has been in scintillating form since Flick took charge of Bayern, and was at his best once more against Frankfurt, providing his 17th league assist of the season before helping himself to a seventh goal of the campaign.

"Thomas is a player who can lead a team very well and gives commands over and over again," Flick added.

"He played very well against Frankfurt and was always available – he brought dynamism into play. Thomas has enormous experience but wants to win every game.

"He embodies 'Mia san Mia' perfectly and knows that he has to go to the limit again and again to win games."