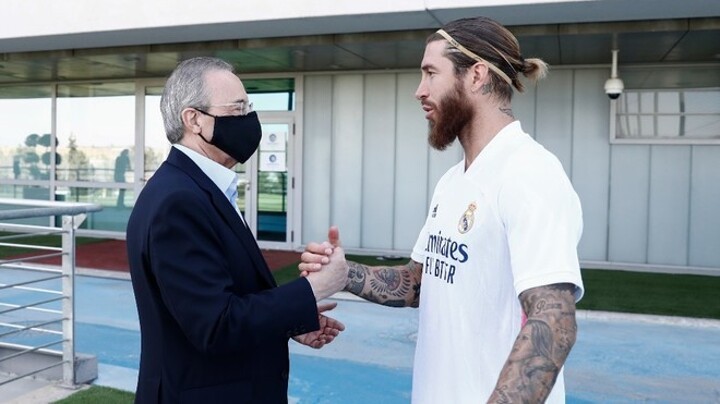 The first trap that a child comes across can often be the age-old question - who do you love more, mummy or daddy? The poor toddler is put in front of the first dilemma of its life, a question that doesn't have a correct answer. It always tugs at the heartstrings.

A neutral Real Madrid fan, not polarised by rigorous rumours, is faced with a similar question in the case involving Sergio Ramos. For many months, before the latest update provided by Jose Felix Diaz, it has been like choosing between mummy and daddy. Both answers were loaded with justifiable reasons.

Florentino Perez rescued Real Madrid from collapse with extra funds that he is now trying to apply against the crisis of a pandemic that threatens to push forward an American shake-up of European football.

The club has covered its backs with David Alaba but, as Toni Kroos, warned, playing 400 games for Bayern Munich isn't enough to succeed at Real Madrid. That's another thing.

In a way that points towards a happy ending, a truce between the divides of a club trying to work to a much tighter budget and a veteran player's ambitions.

Mummy and daddy are breaching the chasm of divorce and settling their differences, which are smaller now they don't have to choose a side.