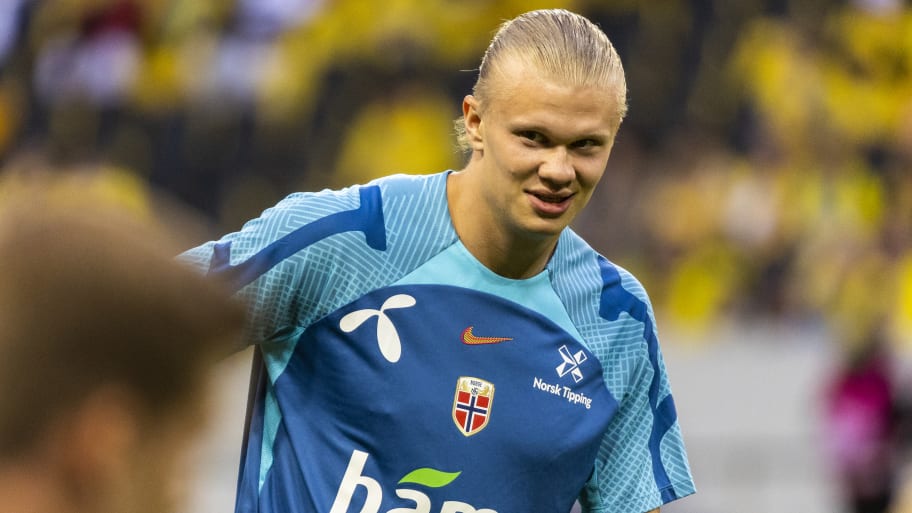 Real Madrid president Florentino Perez has explained that the club did not try to sign Erling Haaland as he would not have been able to displace Karim Benzema from the starting lineup.

Haaland was linked with a move to Real for some time, but the Norwegian instead agreed a deal with Premier League champions Manchester City.

Los Blancos also missed out on long-term target Kylian Mbappe this summer, with the Frenchman opting to pen fresh terms with PSG.

Despite failing to secure either of these marquee signings, Perez insisted that he was unconcerned. Having already stated that Mbappe was 'forgotten', the president has now claimed that Haaland would have been an unwise signing.

"We have the best nine in the world and we weren't going to bring in Haaland to have him on the bench, right?" Perez to El Chiringuito. "We have no interest now other than to build the new team with the youngsters we have and some reinforcement."

Benzema has been in spectacular form over the past few seasons and registered an incredible 44 goals and 15 assists in just 46 games during the 2021/22 campaign. This form has positioned him as a frontrunner for the 2022 Ballon d'Or.

Although they lost out on Mbappe and Haaland, Real have made two important additions to their squad already this summer, swooping to sign Aurelien Tchouameni from Monaco and Antonio Rudiger on a free transfer following the expiration of his Chelsea contract.


This article was originally published on 90min as Florentino Perez explains why Real Madrid did not sign Erling Haaland .