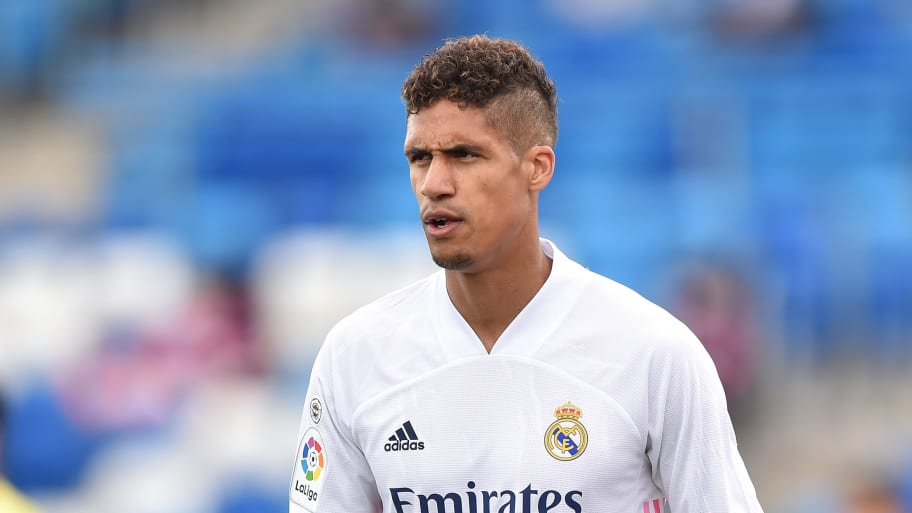 Real Madrid president Florentino Perez has revealed he hasn't held talks with Raphael Varane over his future following reports the defender could be on his way out the club this summer.

The Frenchman has just one year remaining on his current contract at the Santiago Bernabeu and with no news of a new deal forthcoming he'll subsequently be available for a free transfer next year.

Varane's potential availability has alerted a number of Europe's top sides, with Manchester United in particular monitoring his situation with a view to a move for the World Cup winner if he fails to pen fresh terms at Real.

Perez was asked whether he had any updates on Varane's future during a candid interview, though the club president claimed he'd not even discussed the topic with the France international and that any negotiations would have to wait until he returned from Euro 2020.

"I read news in the newspapers and I don't know anything," he told radio show El Transistor (via Onda Cero). "He is at the Eurocup and we will deal with the renewals later.

Varane isn't the only Real player whose future is currently up in the air, with Gareth Bale also potentially on his way out the club.

The Welshman spent last season on loan with Tottenham yet struggled to hold down a regular place in the starting XI, and Perez had nothing but praise for Bale when asked about the forward.

"Gareth Bale is one of the great players in Europe," he said. "What I remember is that in Kiev he gave us the European Cup, the header in Lisbon, the race to the left against Barcelona"

The Real president gave nothing away regarding Bale's future in Madrid, though one man whose departure has already been confirmed is Sergio Ramos.

The Spaniard has left Real after 16 years at the Santiago Bernabeu and Perez claimed he would never close the door on a return to the club for Ramos in the future.

"Everything I had to say about Sergio Ramos, I have already said," he added. "We offered him a contract and told him that he had a deadline and he did not admit it. He will do very well for sure and this is his home and he will be able to return. life goes on."