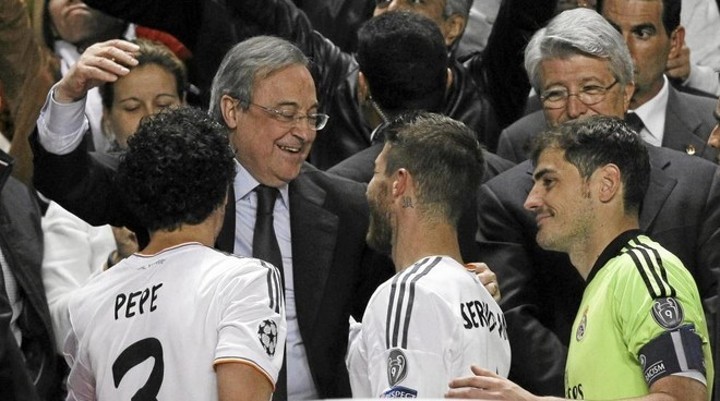 Real Madrid are the most successful club in Champions League history, having lifted the trophy on 13 occasions.

Many remarkable goals have been scored by Los Blancos in the competition, but there is one in particular that will be remembered by fans and neutral spectators alike, for years to come.

Of course, this was Sergio Ramos' header against cross-city rivals Atletico Madrid in Lisbon in the dying moments of the 2014 Champions League final, which effectively turned the tide of the game by forcing it into extra time.

Luka Modric and Sergio Ramos recreated the goal in the Valdebebas training ground on the sixth anniversary of the match, and the latter even received a special phone call from club president Florentino Perez.

Ramos and Perez's relationship had appeared to be strained during the coronavirus crisis as tensions arose about whether players should take pay cuts due to the season's suspension, but the call seems to indicate an improvement.