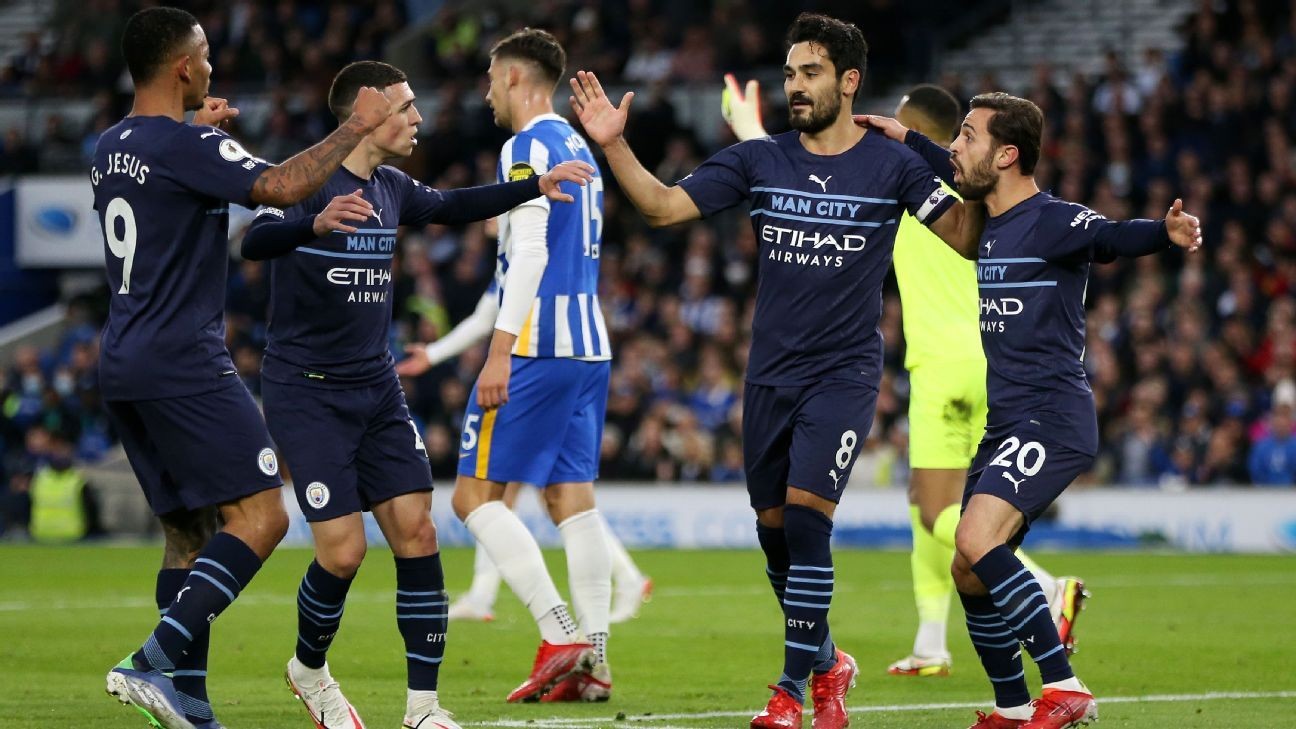 Manchester City rode three first-half goals to an easy 4-1 win over Brighton & Hove Albion in the Premier League at the Amex Stadium on Saturday night.

City opened the scoring after 13 minutes but had been denied just by Lewis Dunk just moments earlier who had stretched himself to the limit to clear a deflected Gabriel Jesus shot.

However, his efforts meant little seconds later when a mistake by goalkeeper Robert Sanchez in the box saw Ilkay Gundogan tap the ball into the Brighton net from a few yards out.

The visitors doubled their tally five minutes later when Jack Grealish found Phil Foden in the box. Replays showed that Burns had got to the ball but the goal was officially awarded to Foden.

City's third came on 32 minutes when Jesus' deflected shot only went as far as Foden. Sanchez did get a hand to it but the power of the England international's shot was enough to take it into the net.

Brighton pulled one back from the penalty spot after 80 minutes when Alexis Mac Allister beat Ederson, but Riyad Mahrez added a late fourth to put the result out of reach for the hosts and City secured the three points to move into second in the table above Liverpool and behind leaders Chelsea.