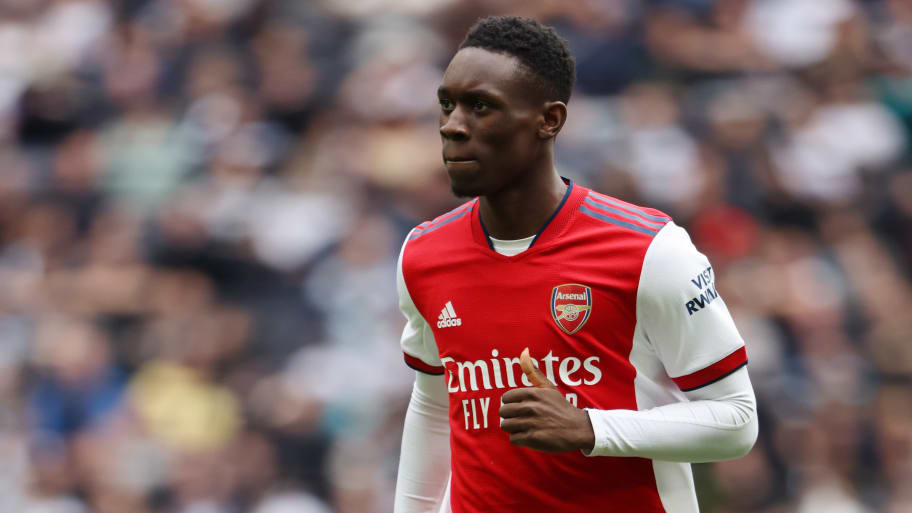 Arsenal have confirmed the departure of young striker Folarin Balogun on a season-long loan to Ligue 1 side Stade Reims.

The 21-year-old Gunners academy graduate came close to leaving the club permanently last summer as his contract was winding down, but he ended up penning a long-term deal to commit himself to Arsenal until 2025.

Seen as a player with real potential for the future, Balogun managed just two Premier League appearances in the first half of last season before heading out on loan to Middlesbrough, where he managed three goals in nine Championship starts.

The next step in his development will see Balogun head to France with Reims, who have confirmed his arrival on a 12-month loan.

Reims are looking for a new starting striker after they lost youngster Hugo Ekitike to Paris Saint-Germain. The 20-year-old, who managed ten goals in 24 appearances last year, moved to Paris on loan with a view to a permanent deal.

As for Arsenal, Gabriel Jesus has enjoyed a red-hot start to life at the Emirates during pre-season and will continue to lead the line for Mikel Arteta's side, with Eddie Nketiah operating as his backup.

This article was originally published on 90min as Folarin Balogun completes season-long loan to Stade Reims.