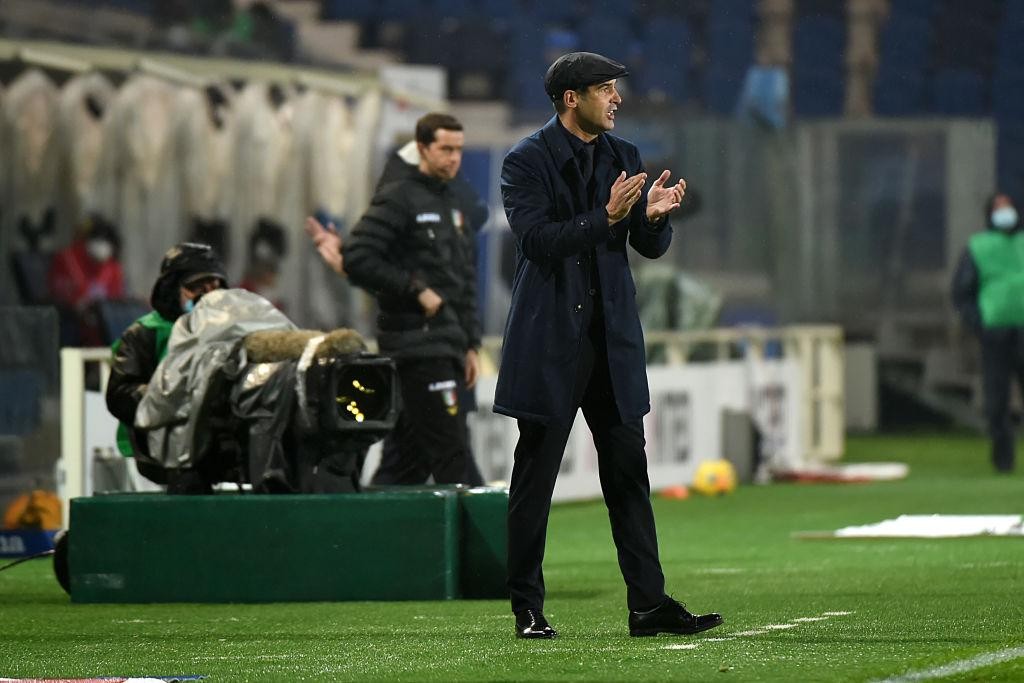 Coach Paulo Fonseca held his final pre-match press conference of 2020 on Tuesday afternoon, as he answered questions ahead of the game against Cagliari.

Wednesday's Serie A meeting at the Stadio Olimpico gets underway at 20:45 CET.

Here's what Fonseca had to say about the contest...

How do you bounce back after the game in Bergamo? Will you make a few changes?

“Yes, I will make a few changes tomorrow. There have been a lot of games recently. I will do what I think is needed for us to win this game, which is another important one for us.”

Riccardo Calafiori, Marash Kumbulla and Gonzalo Villar – are these the sort of players we could see start tomorrow?

“We’ll see tomorrow, but one or more of those you mention will play.”

Pedro, after such a bright start, has seemed to struggle recently. Does he have an injury? Will he start tomorrow?

“Pedro doesn’t have any fitness problems. He will start the game.”

Chris Smalling seemed more comfortable in the four-man defence than he does now. Are you thinking about going with a different player in the three-man system?

"But this question about Chris and the three-man defence isn’t true. We can all remember a lot of games where he played in a three, and he always did well.”

We’ve read about a bad mood among the club’s senior management after the defeat in Bergamo. Have you spoken to the club? What’s the mood like within the group?

“Whenever we don’t win there is always a bad mood here. For all of us. We are all working together in order to win the game tomorrow.”

Thirteen of the 18 goals the team have conceded this season have come in the second half. Why do you think that is? Dips in concentration, fitness issues, or a lack of squad depth?

“We can’t get involved in broad statements like this. We need to look at things game by game. These numbers… if we think about the matches against Napoli and Atalanta then they are true, but our task has to be to work hard to improve our defensive efforts in all moments of the game.”

Both Pau Lopez and Antonio Mirante have made mistakes this season. Do you think the uncertainty over who is the No. 1 has undermined the confidence of both of them?

“Here when a mistake is made, we’ve all made it. And that goes for me above all – I’m the first one to take responsibility when there is a mistake. But I have total confidence in both of my goalkeepers.”

What sort of response have you seen from the players after your words to them in Bergamo?

“A good response. The squad has understood what I said.”

Recently, in the Europa League you’ve made a point of saying how proud you are of the attitude of the whole squad – the fact you could count on every player in the group. However, in the big games in the league you seem reluctant to make any changes before the 70-75th minute of the of match. Why?

“It’s not true that I only make changes towards the 70th or 75th minute of games. I make changes when I think it is the right time, in the context of the game.”

Have you been able to get to the bottom of what caused the change in attitude on Sunday?

“Yes, we’ve analysed the game as always and we have understood what we can’t be doing in future.”