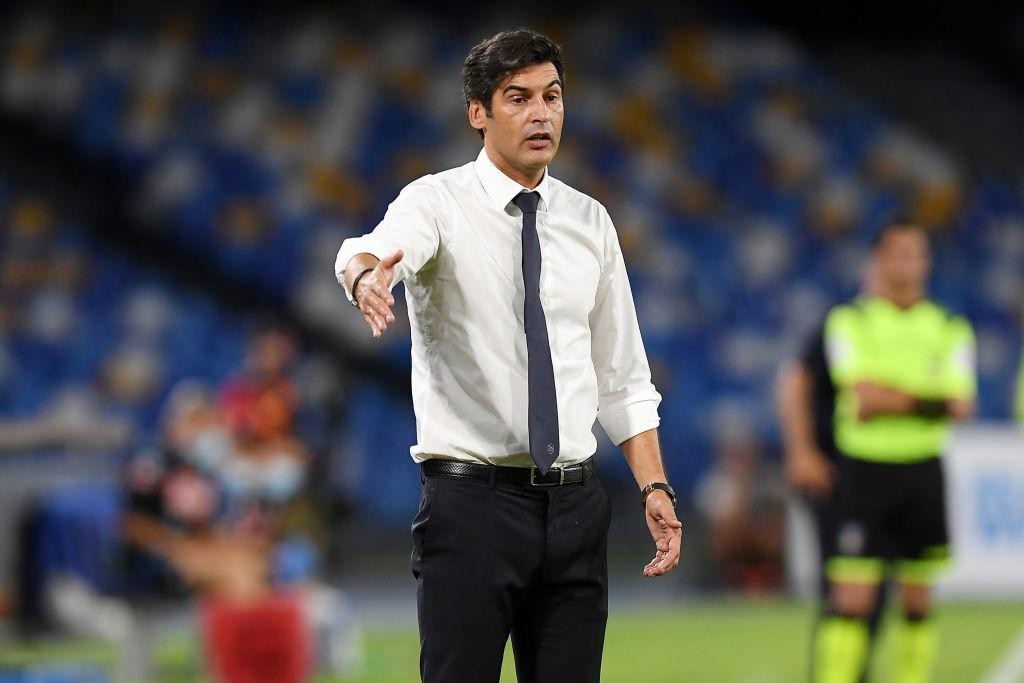 Here's what coach Paulo Fonseca had to say following Sunday's defeat against Napoli. The Giallorossi fell to a third successive defeat at the Stadio San Paolo, losing 2-1 in the Derby del Sole despite Henrikh Mkhitaryan's fine equaliser midway through the second half. Here's what Fonseca had to say about the game...

Same result as in the game against Udinese, but there were some differences – what positives can you take from the performance?
“After the last two defeats, today we did a lot of things well – with a different attitude and a different spirit, we were more sure of ourselves. There were a lot of positives to take, if we are making a comparison with the previous two games. It’s true we did not win, and that the result is the main thing, but this evening I am more confident than I was after the loss against Udinese.”

The noises around the takeover, are they affecting your work?
“I don’t like excuses. We want to do better and in the last two games we didn’t play as we know how to; but today was a different challenge. I need to be the first to keep a balance at this point. We still have eight games and the Europa League to go. We need to work hard to change course after the last three results.”

Were the changes not a bit too much? Carles Perez was one of the best against Udinese and yet today he didn’t play...
“We can’t forget that we played just two days ago – and for a long time we only had 10 men. Carles ran a lot in that game and today he wasn’t in the best shape. My intention isn’t to change things too much after today, because we want to maintain the stability of the side.”

In 2020 you have suffered seven defeats – was today’s setup based on Napoli’s threat or are you thinking of changing things for the upcoming games too?
“No, it wasn’t just for Napoli. I did it because right now we need a bit more defensive sicurity. We played well and it’s a setup that could be used more in future.”

Today you could see a different spirit and desire within the team: has the side lacked leadership during the current period?
“No, we have great leaders in the dressing room: Dzeko, Pellegrini, Kolarov, Perotti. A lot of players with experience. This side of things isn’t an issue. After these two defeats we all talked and we all agreed we wanted to get back to being the side that played so many great games. It’s in these moments that the players are key. I feel like the team are very motivated and united. The attitude was not an issue today. We lost because we were facing a good side, with the game decided by a great goal.”

After three months of waiting, perhaps all these changes of players and shapes is a bit much
“Today we played with five in defensive terms, but the attacking phase did not change much. We always started the play from three players, we always had the covering marking in a four. Right now it’s hard to press any higher. RIght now we just need to find some consistency in the team and that is what I want to do; it’s about getting the confidence back, not the system. I am confident that with these two setups we can win - as long as we have the right attitude.”