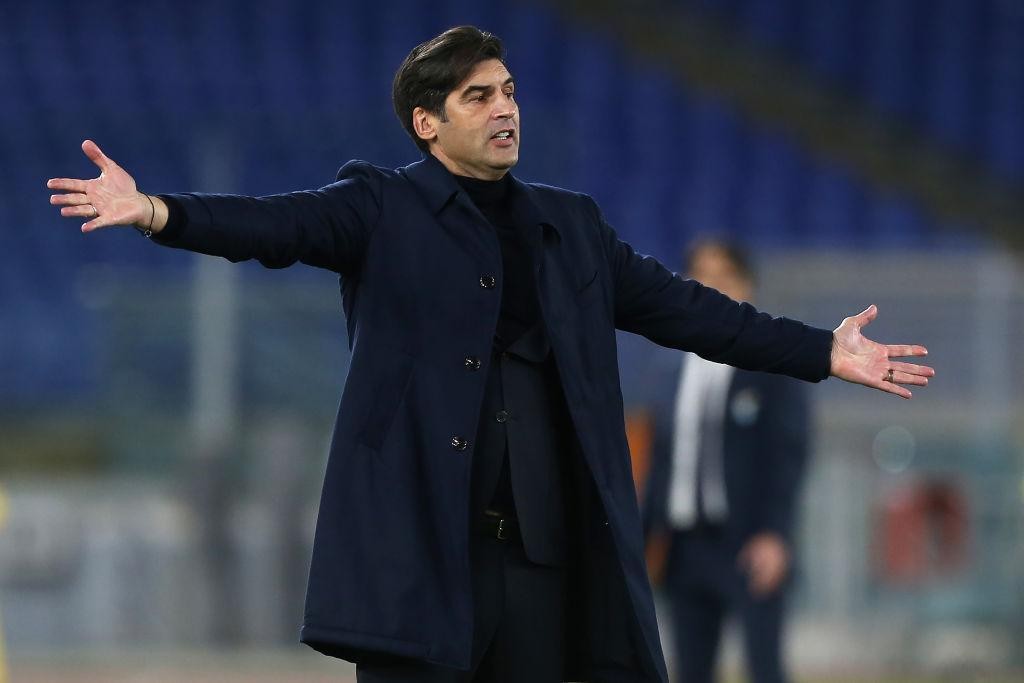 Paulo Fonseca was full of praise for a number of his players as Roma clinched an invaluable 2-0 win over Sporting Braga on Thursday night.

The Giallorossi took control of the Europa League last-32 tie despite injuries to both Roger Ibanez and Bryan Cristante during the game, as the side adjusted and then delivered two key blows through strikers Edin Dzeko and Borja Mayoral.

Here's what the boss had to say about the contest...

Was this an important test of the team’s maturity – one they passed?

“Yes, it was a demonstration of the team’s spirit. We had to deal with a lot of issues with our central defenders and finding the right solution to that wasn’t easy. But Spinazzola and Karsdorp did well in those positions. And Veretout, too, did well at full-back. It was tough, but I think all our defenders did really well.”

They may have different characteristics, but today your two strikers scored two really important goals…

“Yes, they were big goals. Dzeko played really well, and Mayoral came on and did well too. But I think the whole team did well.

"Perhaps a lot of people were surprised by how good Braga are, but we were expecting a tough game like this. In the first half they created openings, but we always reacted well and made it difficult for them to turn those moments into chances. However, I think that was down to the work everyone did – not just the defenders.”

Can you give any update on how Cristante and Ibanez are doing?

“I haven’t spoken to the doctor, we will have to check up on them tomorrow. But I think it will be unlikely we have them for the next game [against Benevento].”

Roma seem to be improving in the big games too – are you starting to realise your full potential?

“The truth is we haven’t picked up too many great results against the other big sides, but I have to say that we’ve played most of those games away from home so far this season. Now we have a few of them at home and we are working hard to make sure we are strong against the big sides.”

“This isn’t a key topic right now. We have to think about the present and then we’ll see about the future. What matters is that he scored a goal tonight.”

Could Dzeko play with Mayoral?