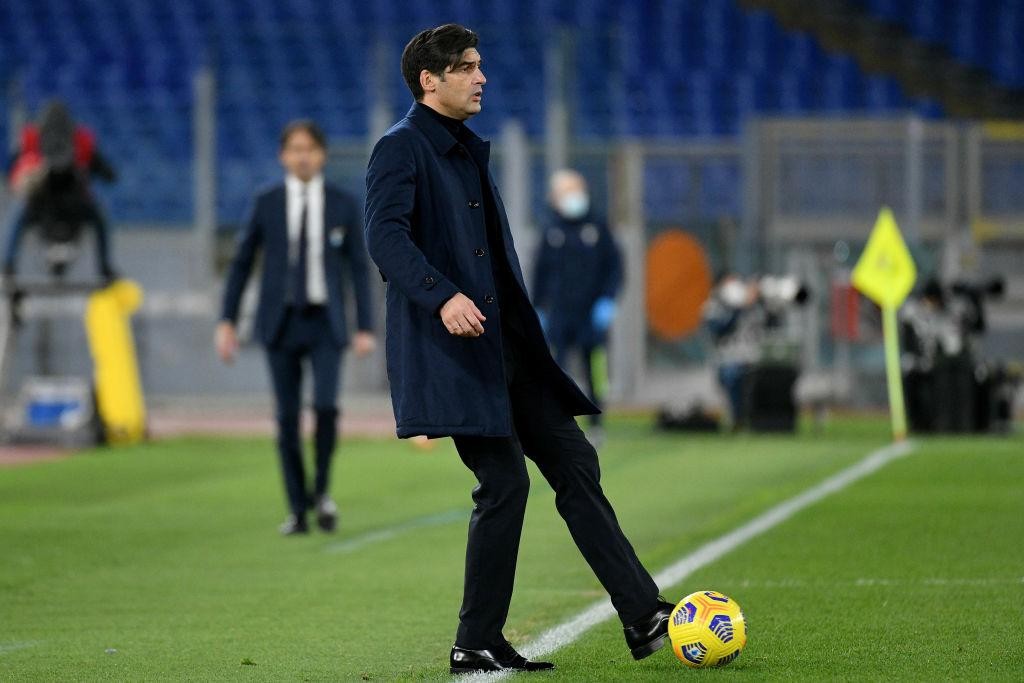 Here's what Paulo Fonseca had to say following Sunday's win over Hellas Verona...

The Giallorossi ran out 3-1 winners at the Stadio Olimpico, thanks to goals from Gianluca Mancini, Henrikh Mkhitaryan and Borja Mayoral.

Now everyone will be talking about the Scudetto…

“I have to always stay balanced. A famous coach once said that every coach should always have their suitcase ready. And that’s how it is for us, that's how it's always been for me. I have always kept calm and focused on my work.”

You managed to score three goals in nine minutes – have Roma matured?

“First of all, I have to say that we scored those goals against the best defence in our league. It’s not easy to score three goals against a team like Hellas Verona, who are very aggressive and really strong.

"But I think that the group has understood that, for this game, we had to change our approach. Our first half display was perfect, we made the adjustments we needed to and we were able to score three times against a really good side.”

For the second game in a row, it was a convincing display at times from the side.

“The most important thing is to see that the team has responded well after the cup exit against Spezia. This win is a result of a real team spirit. The squad are growing in confidence as a result of the work they put in together.”

Could Edin Dzeko return to the fold?

“It’s a clever question, but the most important thing is what the squad has just done out there tonight. We will have the chance to talk about it. But right now it’s important to reflect on what the players did out there.”

Roma aren’t looking good in the head-to-head stakes with your rivals: can you change that over the second half of the season?

“I think those games have all been different. Today, it was important to be clear and direct in our intentions. I think it was about mentality – a side has to believe if it wants to win against the top sides. We have had good moments against those sides, but not with consistency. We are working on the players’ heads to try and maintain that consistency.”

The team looks to be doing better in terms of fitness too – have you changed the preparation in some way?

"This week we had the opportunity to work every day and really prepare well for the game. I think that has really made a difference.”

Could the team cope without Dzeko for the rest of the season?

“The team is showing that it does not depend on any one player. We have a clear identity. There have been a lot of games where the players have changed and they have always responded well. It’s good to feel that we don’t depend on one individual. I’m not talking about the Dzeko question. But I think the greatest thing for this group is that they can do it all together.”