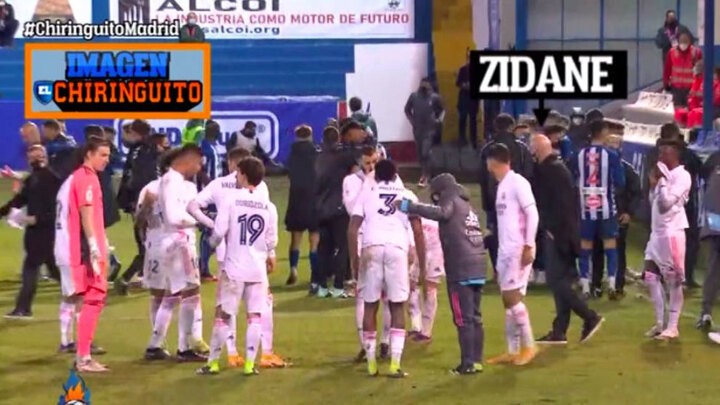 Real Madrid fans were already angry with their team when the final whistle of extra time sounded in their Copa del Rey elimination against Alcoyano, but some behind-the-scenes footage published on late night Spanish TV will have enraged the fanbase even more.

The images did not paint Zinedine Zidane or Isco or Marcelo in a positive light.

On the 'El Chiringuito' programme on Mega, they revealed images that showed Zidane's passivity at the end of normal time.

With the game about to head to extra time, he hardly spoke to any of his players. Only Marcelo received some instructions.

It was the same at half time of extra time. Karim Benzema went over to the bench with some pain and Zidane asked how he was, but that was it.

Later, 'El Chiringuito' published footage that showed Isco and Marcelo sharing a joke and laughing just before the start of extra time.

That won't go down well with Real Madrid fans either.