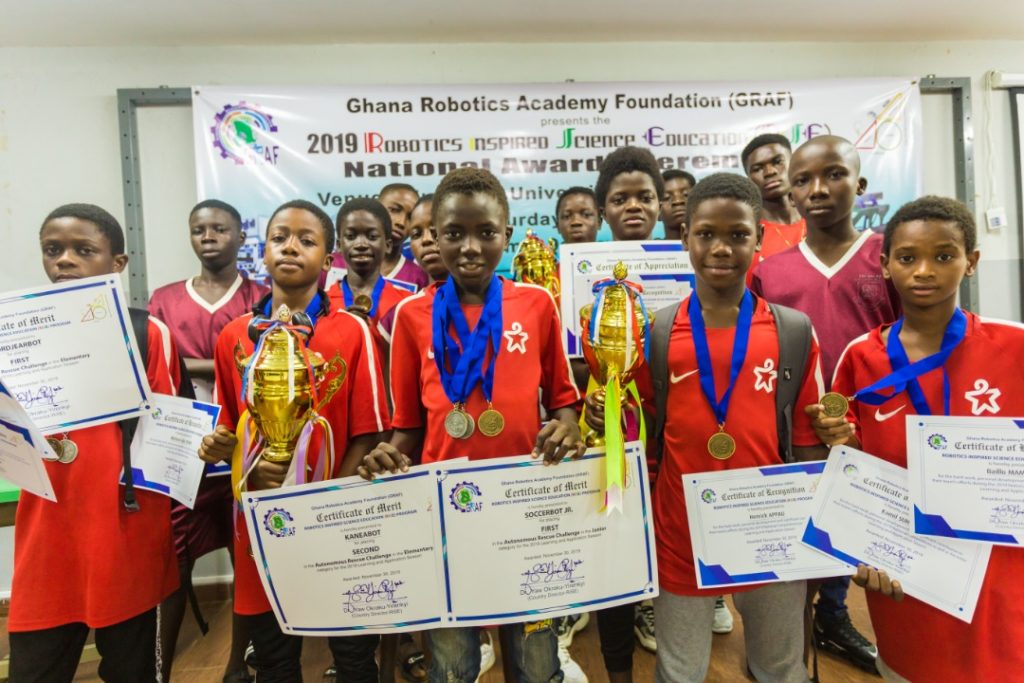 Ghana's flagship football academy Right to Dream is not only churning out great international footballers but it is turning into a leading science school in the country after defeating some of the leading and established academic institutions to win two out of the three categories at the 2019 Robotics Inspired Science Education (RISE) competition.

The Akosombo-based football academy that also gives top level education for its students, mostly from disadvantaged backgrounds, swept the Elementary Category and Junior Category of the awards over the weekend with Prempeh College taking the Senior Category award of the national robotics competition.

This is a great national success for the football academy that combines education with football as no school has ever won in more than one category since the competition began in 2011.

During the competition, participants were tasked to design, build and programme robots to perform various activities namely the Autonomous Rescue Challenge (ARC) which mirrored real life-threatening situation and Right to Dream impressively won in two categories.

The challenge saw "victims or valuable items" situated in a mine tunnel while the Multi-Grain Colour Sorter Challenge (MGCS) targeted Ghana's agricultural sector by inviting the young minds to build a robot to sort a container full of a unique mix of Ghanaian grains such as maize, kidney beans, cocoa beans among others.

This achievement is massive for the football academy that is celebrating its 20th anniversary from humble beginnings into developing world class footballers for both male and female national teams of Ghana and it is now edging past some of the established schools to win sciences awards. 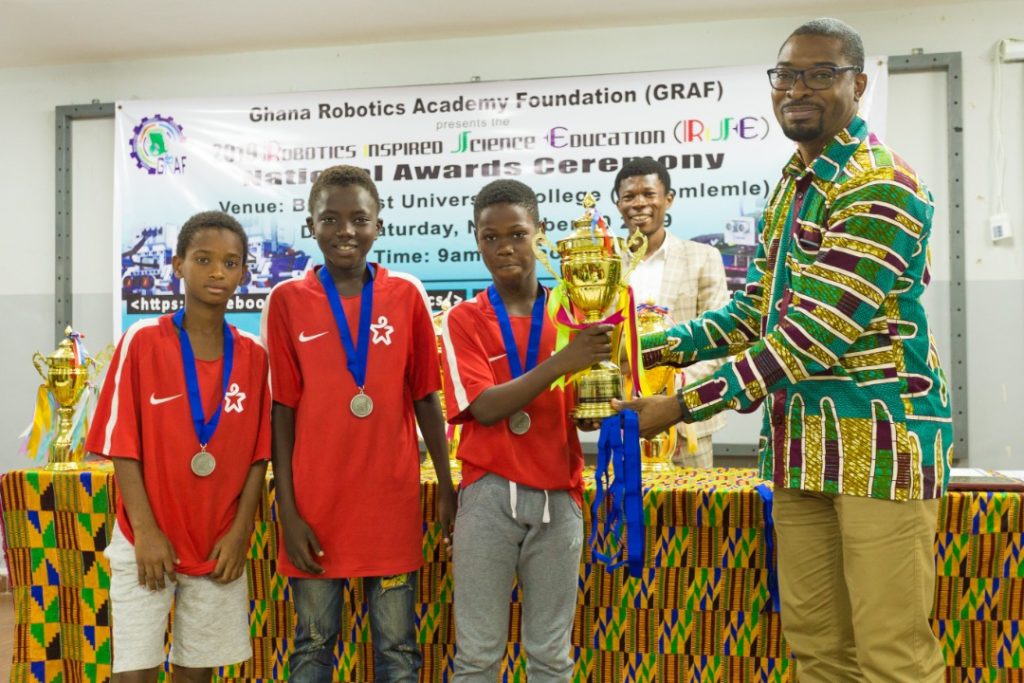 The level international education the kids at the football academy receive is not only developing them into top players like David Acaam, Majeed Waris and Mohammed Kudus but it is also turning these budding footballers into world-class educated people.

The winners at the competition held in Accra on Saturday received medals, certificates and trophies as their winning package.

Organised by the Ghana Robotics Academy Foundation (GRAF), the competition which is meant for students in senior and junior high schools was aimed to motivate and inspire the next generation of Ghanaians' interest and participation in science and technology. 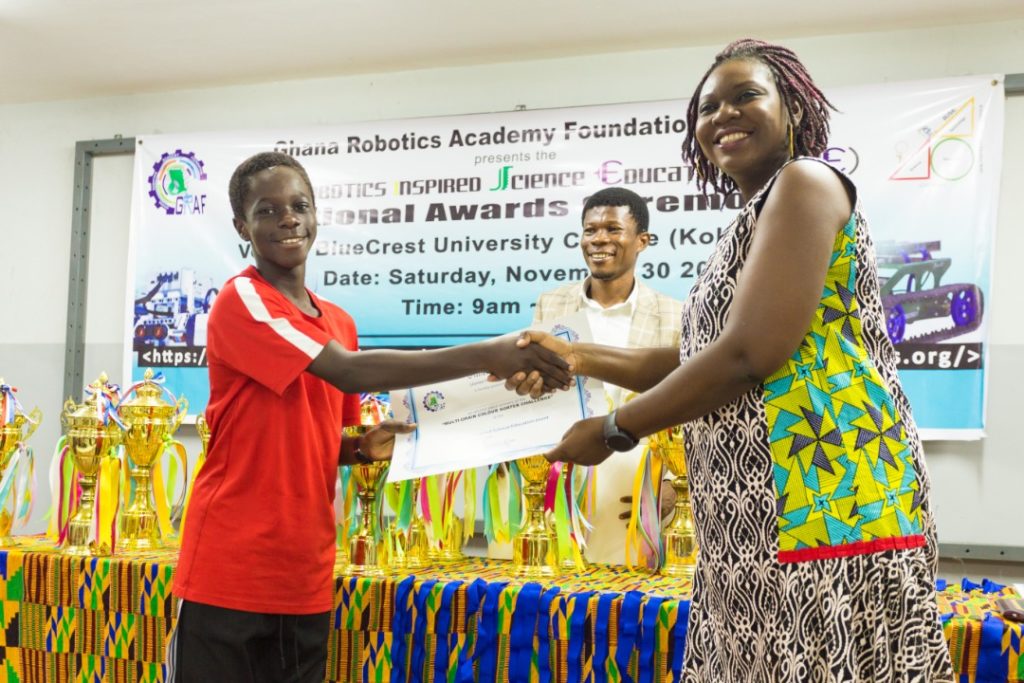 Dr Yaw Okraku-Yirenkyi, Programmes Director of RISE, said the competition was to help inspire and energise young people to become problem solvers and critical thinkers in the society.

He added that "Our aim as a foundation is to build potential inventors who can translate theories into useful outcomes to solve real life problems in the country."

The Programmes Director said the decision to put together the competition stemmed from how science and robotics education had become indispensable in the world currently.

Dr Okraku-Yirenkyi stated that the competition would, among other things offer a lot of opportunities for participants to employ critical thinking, coupled with scientific principles in an attempt to solve problems.

"We will bridge the gap between theory and practice one application at a time, we will make science, technology, engineering and mathematics education in Ghana fun and relevant to development," he emphasised.

He applauded the students who participated in the competition for their hard work and display of talents.

The event also awarded individuals who had contributed to the success of the competition since its inception.