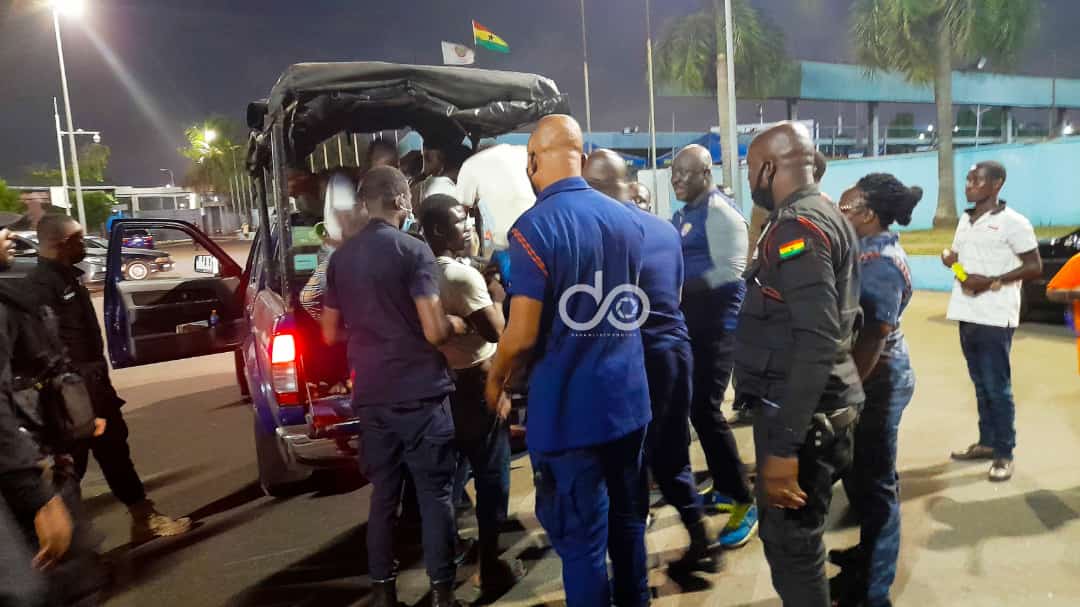 Some fans of Hearts of Oak and Aduana Stars were arrested on Sunday for trooping to the Accra Sports stadium to watch the matchday 18 encounter between the two sides despite COVID-19 restrictions.

Fans have been banned from watching matches at the stadium due to COVID-19 with the FA stating games will be played behind closed doors just before the resumption of the second round.

There was an initial statement that allowed only 25 percent of fans in, but the FA immediately rescinded the decision.

Meanwhile, a dozen of fans who jumped over the wall were at the Accra Sports Stadium to watch the game forcing the security personnel to exercise their power by arresting them.

It is yet to be know where exactly they were taken to, but the fans were seen loaded in a police car and sent away.

Hearts of Oak won the match after a strong performance saw Victor Aidoo strike from the penalty spot to give them the lead before Hafiz Adams turned the ball into his own net after failing to clear a Patrick Razak cross.