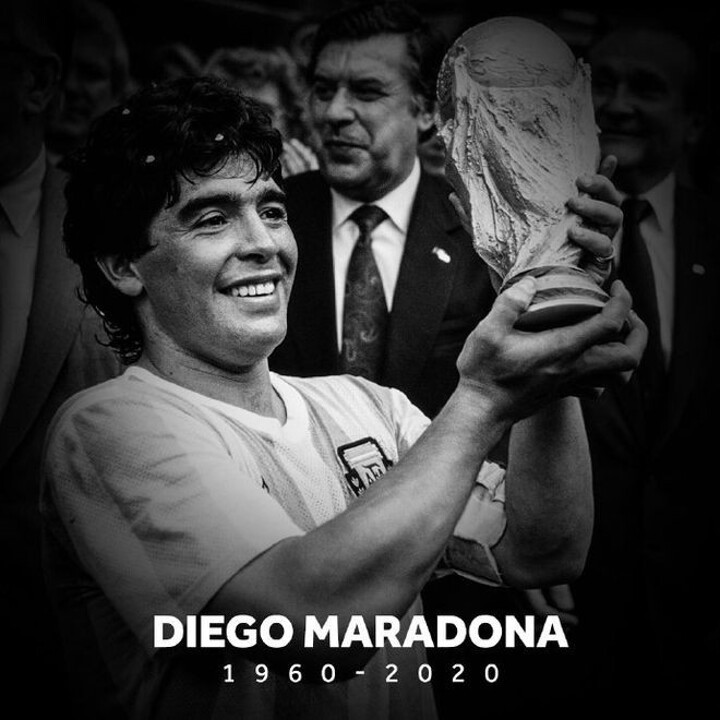 Football legend Diego Maradona has died at the age of 60. The former Argentina attacking midfielder and manager had successful surgery on a brain blood clot earlier in November.

In his international career with Argentina, he earned 91 caps and scored 34 goals. Maradona played in four FIFA World Cups, including the 1986 World Cup in Mexico where he captained Argentina and led them to victory over West Germany in the final, and won the Golden Ball as the tournament's best player. In the 1986 World Cup quarter final, he scored both goals in a 2–1 victory over England that entered football history for two different reasons. The first goal was an unpenalized handling foul known as the "Hand of God", while the second goal followed a 60 m (66 yd) dribble past five England players, voted "Goal of the Century" by FIFA.com voters in 2002.