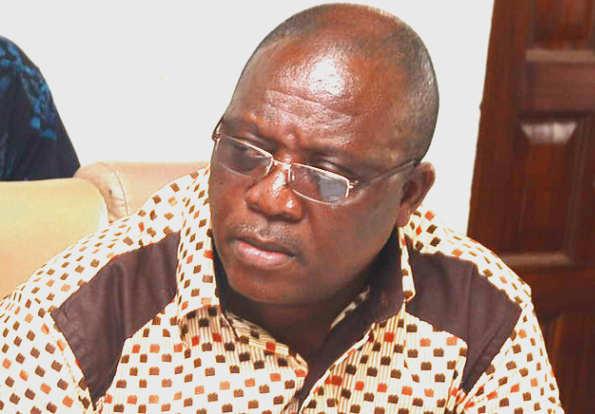 "Football people" have resolved to boycott the emergency meeting of the Ghana League Clubs Association on Thursday, GHANAsoccernet.com understands.

The angry football officials are accusing the club's umbrella body of working against their collective interest.

GHALCA executives failed to attend a crucial stakeholders meeting aimed at 'wrestling' the statutes from the Normalisation Committee of the Ghana Football Association.

The well-attended event has sparked a wave of anger targeted GHALCA amid calls for a total boycott of the hurriedly-arranged meeting on Thursday.

The club's umbrella body is under siege amid mounting allegations of being a dormant organisation.

GHALCA boss Kudjoe Fianoo has been under siege since the Normalisation Committee was instituted by FIFA.

He has been accused of holding 'secret' meetings with Normalisation Committee boss Dr Kofi Amoah in an alleged attempt to destabilize local football.

Local clubs are froth at the mouth with the GHALCA chairman after being accused of working against the interest of clubs.

The former Ashantigold chief executive has come under line of fire with constant attacks after being perceived of undermining the action of local clubs.

He has been accused of being "in bed" with the interim body of the Ghana Football Association, who are working clandestinely to overstay their mandate.

But it's the GHALCA chief who is under siege amid widespread accusation against his tenure.

Mr Fianoo and other GHALCA Executives were sponsored by the state to watch the 2019 Africa Cup of Nations in Egypt.