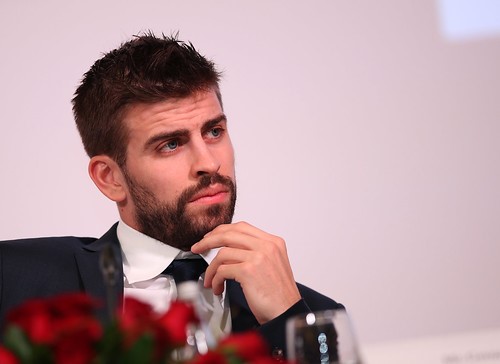 For many people, getting the chance to play football for a living would be the absolute dream. The opportunity to enjoy the game you love in front of thousands of adoring fans week after week would be incredible, while the glamorous lifestyle and big money wages would not be too bad either.

However, what would you ultimately do when that dream ends? After all, a career in football is undoubtedly a short one and while players have plenty of money in the bank when the time comes to hang up their boots, losing the regular excitement of a big-match atmosphere can be very tough to take.

These days, we have become accustomed to seeing retiring players make the move into TV punditry or even management and coaching, but every now and then we see some take an altogether different route once their playing days come to an end. Former players have tried everything from martial arts to acting, with legendary striker George Weah even becoming the president of Liberia. However, a growing trend has seen many ex-professionals take the option of trying their luck in the world of poker.

The profile of poker has grown massively in the last couple of decades, with major tournaments and events grabbing the attention of the general public and the rise of the internet creating more opportunities for people to play and improve their game. Many footballers have chosen to give the card game a go after retiring, with perhaps the most high-profile name being the legendary Brazilian striker Ronaldo. The player has played in a range of tournaments in recent years and even took on tennis star Rafael Nadal in a charity match.

Other former soccer stars to have taken the step include Teddy Sheringham. The striker, who is perhaps best known for helping Manchester United to secure the treble of winning the Premier League, FA Cup and Champions League in a single season, played the game for several years after retiring and notably finished 5th in a European Poker Tour event held in Portugal in 2010. Another former Premier League star who is not shy about his love of the game is Thomas Gravesen, who has reportedly done very well after playing poker during his time living in Las Vegas.

But while poker may have had an impact on many former footballing stars, the excitement of the game has even spread to the current generation of players too. Portuguese icon Cristiano Ronaldo is known to be a fan of the game, while the likes of Gerard Pique and Arturo Vidal have won major money at events in recent years. Neymar has also tried his hand at the game and there have been some suggestions he may want to pursue a career in poker when his footballing days are over.

CAPTION: Neymar is known to be a big fan of playing poker.

Why do footballers play poker?

But just what is it about poker that seems to capture the imagination of these former and current footballers? Well, a couple of them have shared some insights into why they enjoy the game so much.

Speaking to FourFourTwo back in 2017, Teddy Sheringham explained how one thing he felt he could not live without in his life was “real competition…where skill is needed”. He revealed that he sought that out in poker after his football career came to an end and also outlined how his enjoyment of the game stemmed from playing on the way to matches and sitting in hotels through the years.

Similar views have been shared by the likes of Gerard Pique in the past, and that is perhaps one of the key reasons why footballers have chosen to embrace poker. The game uses the same skills they have learned from time in professional sport, including the need to remain calm under pressure and maintain concentration while facing the challenge of taking on skilled competitors. In poker, being unable to concentrate and make level-headed decisions because of recent disappointment is called "tilt". Of course, poker also offers the thrill of winning – something that can often be addictive to those involved in sports like football for so long.

What variants of poker do footballers prefer?

While Texas hold’em is arguably the best-known version of poker in the world these days, there are of course a host of different poker variants that people can play, which include Seven Card Stud and others such as Omaha Hi-Lo poker. As 888poker outlines, Omaha Hi-Lo is different from other versions in a number of ways, with players receiving four cards to play with instead of two. They are also obliged to use two of the four hole cards to make a hand and cannot ‘play the board’.

But, with so many options at their disposal, which versions of the game are footballers ultimately opting to take part in? Well, the general suggestion appears to be that No Limit Hold’em tends to hit the spot despite the significant choice on offer.

Neymar secured a 6th place finish at a No Limit Hold’em event in Sao Paulo back in July 2018, while this format of the game has always been embraced by Gerard Pique too. In fact, his most eye-catching result came just weeks ago at the end of August, when he finished second at an EPT event held in Barcelona and secured more than $390,000 in the process. Finally, according to reliable poker databases, No Limit Hold’em was also the variant of choice for Teddy Sheringham during his run of playing the game at events between 2005 and 2012.

Embracing a new type of challenge

Considering how lucrative the football world is these days, it perhaps should not be too much of surprise that many former and current players have been tempted to try their hand in the world of poker in recent years.

However, it is clear that their interest in the game is about more than wealth, as it is evident that poker is offering them a chance to embrace a new challenge and enjoy similar thrills and excitement to those the beautiful game has given them through the years.

Many ex-footballers have achieved modest success in poker and it will be interesting to see whether the current crop of players enjoying the game have what it takes to go right to the very top in the years ahead.