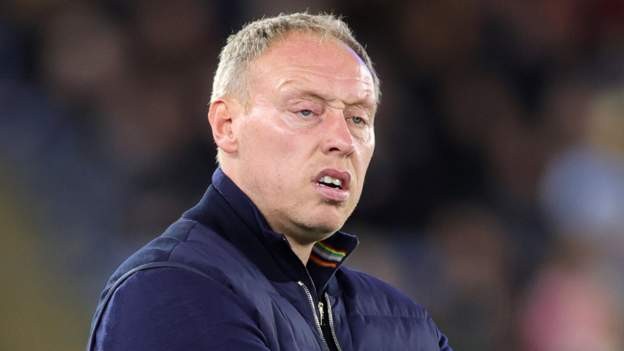 Nottingham Forest manager Steve Cooper has signed a new contract with the club until 2025.

Copper, 42, led the club to promotion into the Premier League last season but his team are bottom after eight games.

There were doubts over his role after a 4-0 defeat by Leicester City on Monday but it was decided he would remain in charge.

A statement from the City Ground clubexternal-link said they were "delighted" to announce Cooper's new deal.

"It is now important that our focus is solely on football," the statement added.

"As a group we are all concentrated and will do everything we can to help the team move up the league table and once again demonstrate our qualities that led us to the Premier League."

Forest news and fan views in one place

Cooper was appointed Forest manager in September 2021 and took them back to the top flight for the first time since 1999 at the end of his first season in charge.

He then spent £145m on 21 players in the summer transfer window.

Despite the heavy spending, Forest have won just once in the league this season, with the defeat at the King Power Stadium their fifth in a row.