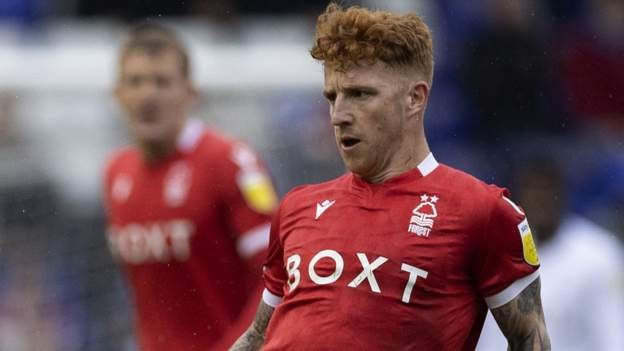 Nottingham Forest midfielder Jack Colback believes new boss Steve Cooper has given them "the best tools" to be a force in the Championship.

The team only managed one point from their first seven league matches under previous boss Chris Hughton.

"We're finally beginning to utilise that and once we get the other stages right, like the build-up, which we're working on, I think we could be a real force."

Forest are only 16th in the table following their bad start to the campaign, but only six point outside the play-off places.

And they could close that gap still further with another positive result at Bristol City on Tuesday.

Cooper guided Swansea to the play-offs in the last two seasons and Colback believes the clarity of his message, whatever tactical plan is put in place for a game, is is helping them produce good performances.

"The manager's ideas are clear, we know what we want to do, and when you get a clear message like that, the responsibility is on the players to go out there and implement that - and if you don't do it, you won't play," the 31-year-old said.

"There's always a plan, depending on what the other team do, what their strengths are, we analyse it during the week.

"And it has to be that way. You can't set up in a generic formation every week and not change things. He identifies things and he's clear on the training field, everyone knows their job, everyone knows how we can win.

"Obviously you're not going to win every game, that's the nature of it, but he's certainly given us the best tools to get the wins."