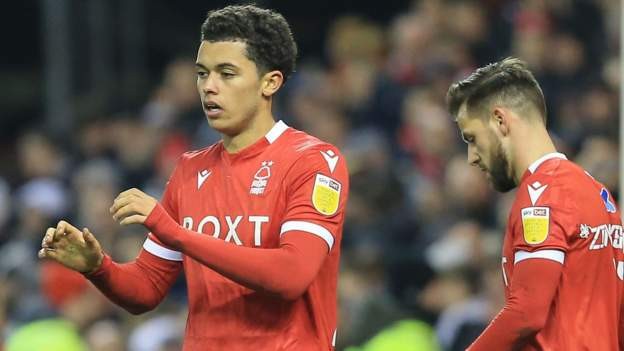 Nottingham Forest have turned down an offer, thought to be about £18m, from Brentford for forward Brennan Johnson, BBC Radio Nottingham reports.

The 20-year-old Wales striker has played 33 games this season, scoring seven goals - including one in each of his last two Championship games.

He has established himself as a first-team regular this term following a loan spell at Lincoln City in 2020-21.

The 32-year-old Dane arrived on loan from Midtjylland, with an option to make the move permanent.

Meanwhile, Forest and East Midlands rivals Derby County have been charged with failing to ensure their players conducted themselves in an orderly fashion following Saturday's game at the City Ground.

The Football Association charge follows incidents in stoppage time at the end of the game, which Forest won 2-1, and following the final whistle.

Amazing ways to overcome road rage: Enter the happy place of Zen MotoringAwkward questions and emotional confrontations: Meeting your ex for dinner - what could go wrong?