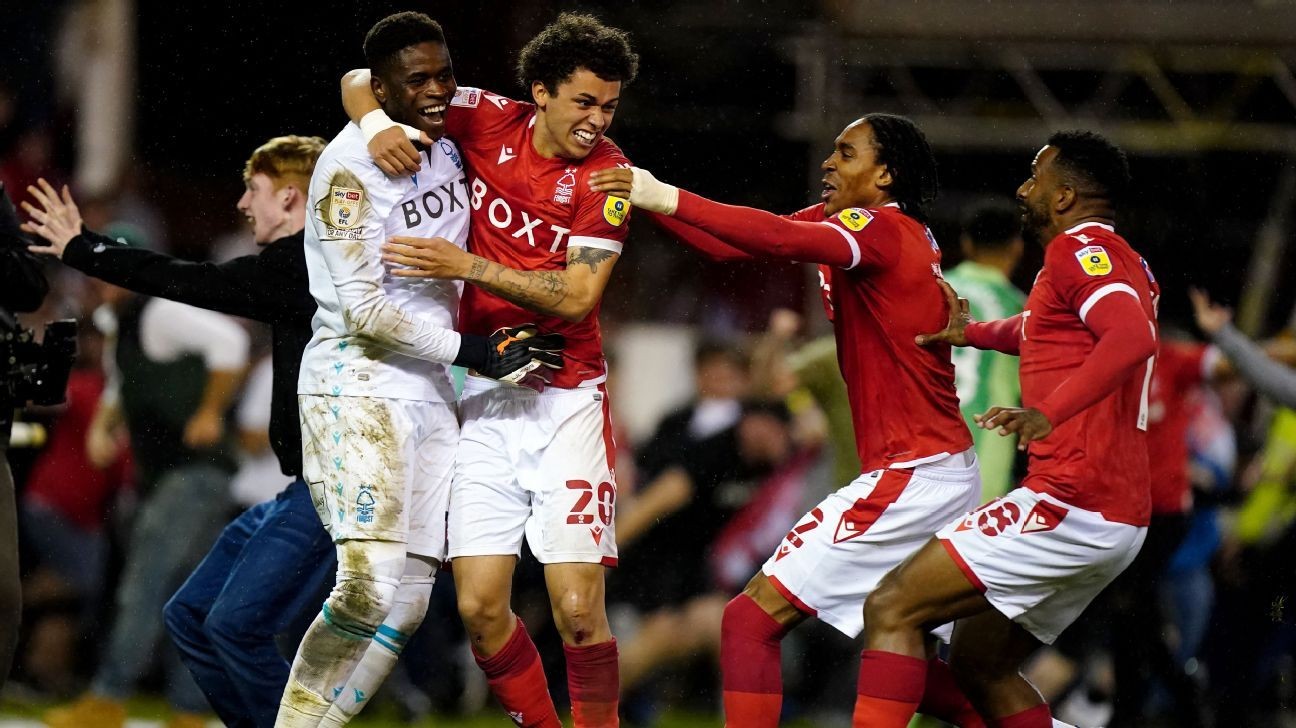 Nottingham Forest will play Huddersfield for a place in the Premier League after reaching the Championship playoff final thanks to a penalty shootout victory over Sheffield United on Tuesday.

Forest lost the second leg of the semifinals 2-1 after extra time, making it 3-3 on aggregate, but won 3-2 on penalties at the City Ground after three saves by goalkeeper Brice Samba.

Two-time European champions, Forest were last in the top flight in 1999. The team can return there by beating Huddersfield at Wembley Stadium on May 29 (streaming LIVE, 11:30 a.m. ET, ESPN+) in one of the most lucrative games in world soccer because of the riches on offer in the Premier League through its broadcasting deals and prize money.

Huddersfield were promoted to the Premier League in 2017 after 45 years in the lower league, before getting relegated in 2019.