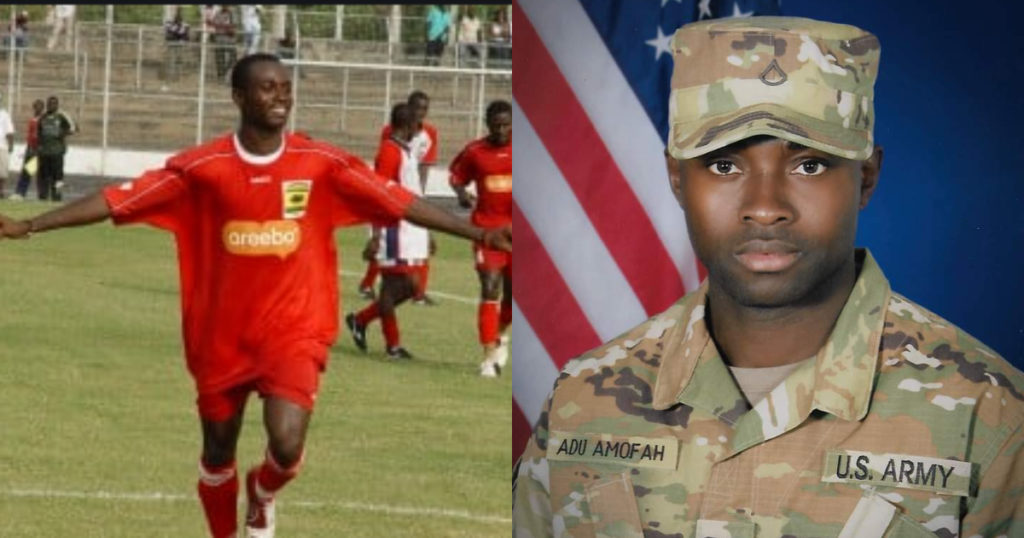 Former Ghana U20 and Asante Kotoko forward Mark Adu Amofah has been enlisted in the United States Army.

The 34-year-old, who has been leaving in the US since hanging his boots, made the cut for the US Army after going through the necessary drills.

Adu Amofah had a good career while playing for Asante Kotoko and Real Sportive in Ghana.

In 29 matches for the Porcupine Warriors, he scored 21 goals before leaving to continue his career abroad.

He also represented Ghana at the youth level, playing for the Black Satellites.

Mark Adu Amofah played for South Africa club Bloemfontein Celtic before moving to Europe to play for Sinderskye and Beitar Ramla in Denmark and Israel respectively.

He last played for Bharani football club Sitra before hanging his boots in 2014.