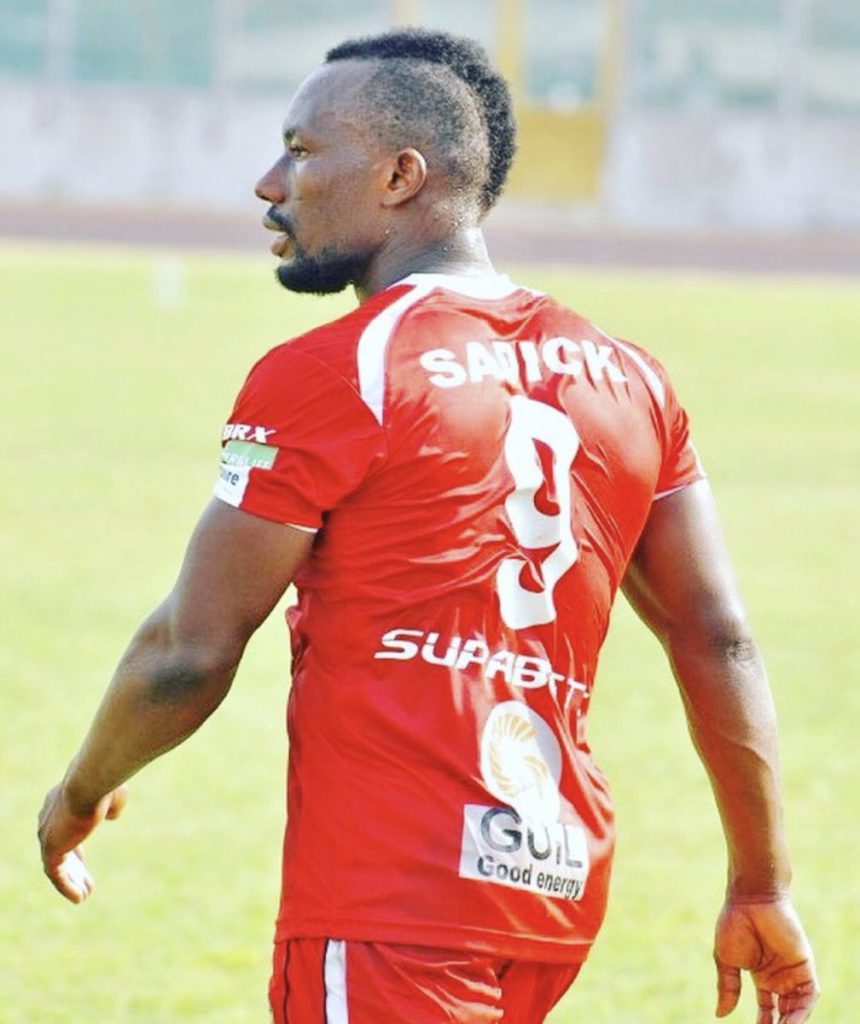 Former Asante Kotoko frontman Saddick Adams has set sights on a 'dream' move to Hearts of Oak, saying he wants to make history with the club.

Adams, 30, has represented Berekum Chelsea and Asante Kotoko in the Ghana Premier League since bursting onto the scene as a youngster with Obuasi-based giants AshantiGold SC.

The powerful forward is mostly remembered for the first half hat-trick he scored against Hearts of Oak in the 2017 FA Cup in Tamale.

Three years on, Adams has openly stated that it is his dream to wear the Rainbow shirt before he calls time on his career.

"I will love to play for Hearts of oak and make history with them", Adams told Angel FM.

"They [Hearts of Oak] did not approach me as a club but I had calls from people within the club which I thought it could have materialized but unfortunately it did not happen."

"It's my dream to play for Hearts of Oak one day," he deduced.

Adams was reported to be closing in on a move back to Berekum Chelsea before the league was halted due to the coronavirus pandemic.

He is currently a free-agent after leaving Lebanese outfit Shabab Bourj last year.