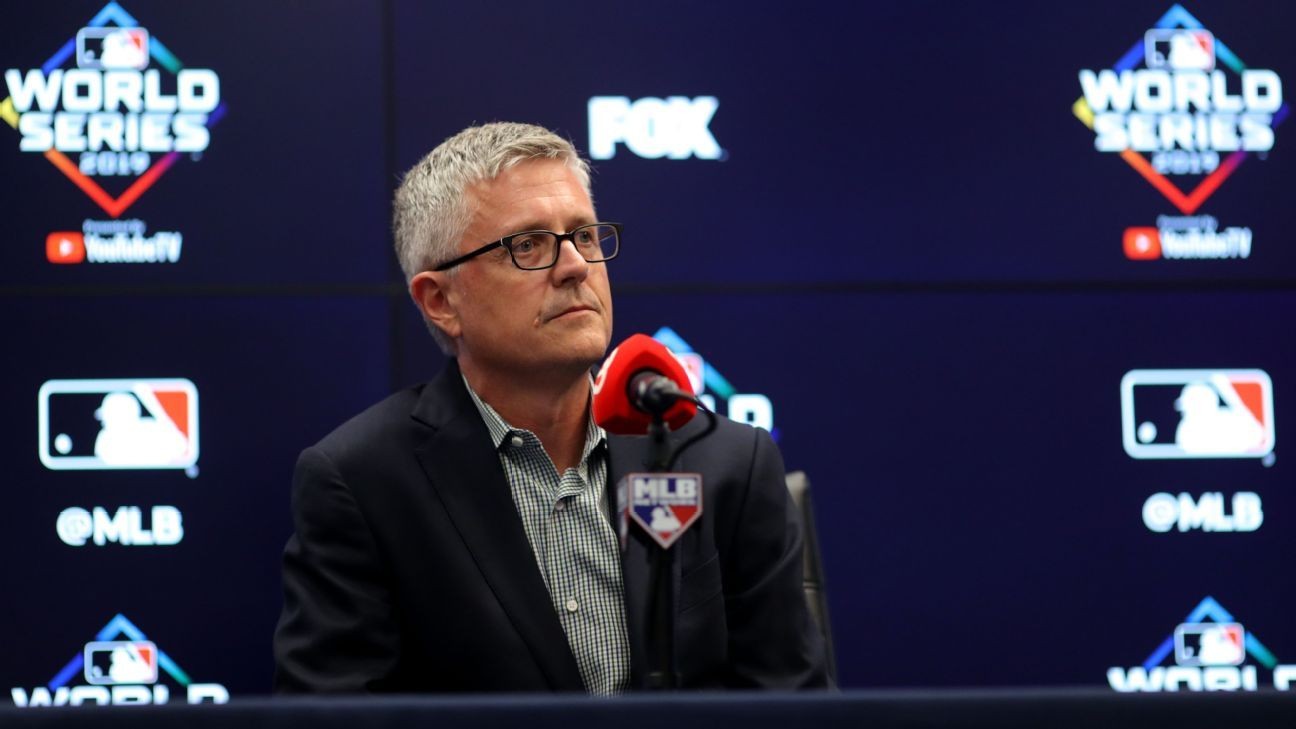 Jeff Luhnow was fired by Houston Astros in 2020 for sign-stealing. Photo by Alex Trautwig/MLB Photos via Getty Images

"We will do all we can to improve this club," Luhnow said in Madrid on Thursday after purchasing the second-division team for an undisclosed sum from prior owners Victoria Pavon and Felipe Moreno.

Leganes is a modest club based in a neighborhood of southern Madrid. The team finished 12th in the 22-team second division last season.

Two years ago, Luhnow and Astros manager AJ Hinch were suspended for one year by Major League Baseball after being found to have engineered a sign-stealing scheme using electronics during Houston's run to the 2017 World Series title and again in the 2018 season. They were both subsequently fired in January 2020.

Leganes had been owned since 2008 by Pavon and Moreno, a local couple who took over when the club was mired in debt and playing in the third division.

The club earned promotion to the first division for the first time in 2016. They spent four seasons competing with the top teams in Spain before being relegated. The club's greatest achievement came in 2017-18 when they beat Real Madrid on its way to reaching the semifinals of the Copa del Rey.

Luhnow's talks began with the former owners in September. He said his group chose Leganes because they consider Spanish soccer to have the greatest growth potential in the European game, partly because of the league's tight cost control measures and its recent investment deal with a private equity firm.

As Leganes' new president, Luhnow said his group wants to build its youth teams, promote its women's team, and invest in technologies such as the use of big data analytics.

"All sports have used technology to create advantages, and that is what we want to do," Luhnow said. "We have a group of people with experience including the Premier League and the MLS who know how to use technology, and Leganes can take advantage of that. Soccer is a bit behind other sports... but that is going to change in the coming years."