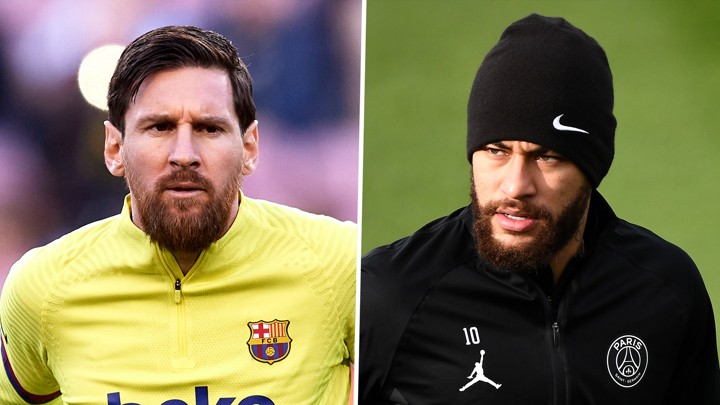 Former Barcelona president Sandro Rosell said he would try to sign Paris Saint-Germain superstar Neymar as he is the second-best player in the world behind Lionel Messi.

Neymar left Barca for PSG in a world-record €222 million ($246m) transfer in 2017, but the Brazilian forward continues to be linked with a return to Camp Nou.

The 28-year-old failed to make his way back to La Liga champions Barca at the start of the 2019-20 season and he is reportedly a transfer target again.

Rosell was president when Barca signed Neymar from Santos in 2013 and the 56-year-old heaped praise on the Brazil international.

"If I were the president of Barca, I would try to sign Neymar," Rosell told COPE and Radio Marca.

"He is the second-best player in the world after Messi and fits perfectly into the philosophy of the club.

"But with experience, he would sign him with two contracts, one sports and the other behavioural."

Neymar scored 13 league goals before Ligue 1 was suspended due to the coronavirus pandemic and PSG were eventually declared champions.

Barca, meanwhile, have been tipped to sign Inter star Lautaro Martinez in the off-season.

However, Inter have insisted Martinez will not be sold unless his release clause – reportedly worth €111m ($123m) – is met.

Rosell however believes Barca shouldn't pay such a high fee and instead try to work out a swap deal of some kind.

"I would not sign Lautaro for €111 million but I would try to exchange two players," Rosell said.

La Liga has been cleared to return on June 8 following its suspension in the wake of the coronavirus pandemic. Barcelona currently hold a two-point lead over second-placed Real Madrid.

Another former Barcelona president, Joan Gaspart, recently claimed La Liga would have been cancelled if Zinedine Zidane's side were top of the table when the season was suspended.

"If Madrid had finished as leader before the confinement, La Liga would have ended," he told Tertulia del 10 del Barca.