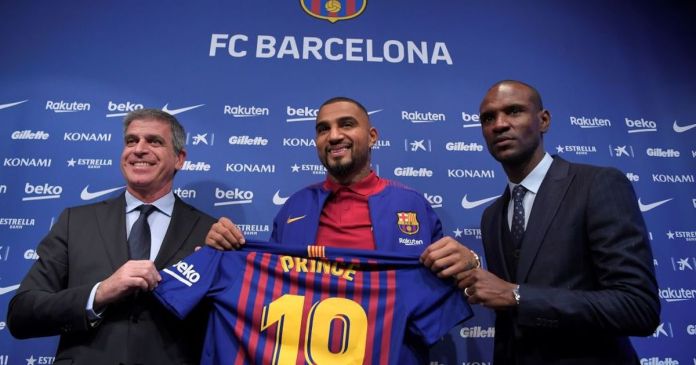 Barcelona needed a deputy to striker Luis Suarez, who was struggling with form and injuries but the options available were expensive for the Catalans.

Mestre revealed Atletico Madrid forward Alvaro Morata was an alternative but the Spaniard was not going to be happy being on the bench.

The club had to settle with Boateng, who was a then Sassuolo forward, a move which was widely criticized and regarded as a major failure.

"His operation, as well as that of Murillo, have been highly criticized, but the message the club's executive board has always been the same: 'There is no money.''" said Mestre in an interview with Mundo Deportivo.

"I would have liked a Morata move but there was a risk of creating a conflict inside the locker room," he added.

Boateng is now on loan at Turkish giants Besiktas after moving to Fiorentina at the end of his stint at Barcelona.