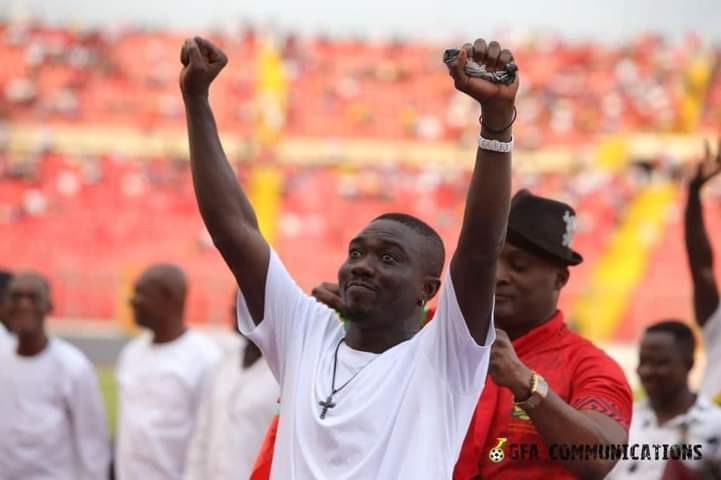 In a heartwarming account, Asamoah Gyan revealed how Bernard Don Bortey gave him money when he needed it most.

The former Ghana captain claimed that because of his generosity toward him during his beginnings, Bortey is one of the few players he reverses.

Gyan recalled that after shooting his well-known commercial video, Bortey brought a bag full of cash to the national team camp.

He claimed that the Hearts of Oak legend voluntarily requested that he reach into his bag and retrieve as much cash as he could.

“He has helped me, he is a free-spirited guy. Those days Dong Bortey was on top of his game. I remember we were in camp when he came with a backpack full of money,” Gyan told Dan Kwaku Yeboah in an interview.

He added, “we were mates but we were not that close, so he opened his bag and asked me to take the amount I wanted. I was hugely surprised.”

According to Gyan, he promised to pay back Dong Bortey when he also makes it in life. He added that the Hearts of Oak legend is one person who has a big heart.

“I took out a bundle of cash and I told him the day I will also make a lot of money, I will also repay him for his good deeds.

“He is someone who can give you a hundred million if even that is his last money on him. I’m a bit emotional… people don’t really know him but he does things from his heart,” Gyan said.

“He was supposed to be up there but things happen in life. People don’t know about my relationship with him but once in a while we talk. He is a good guy,” he added.