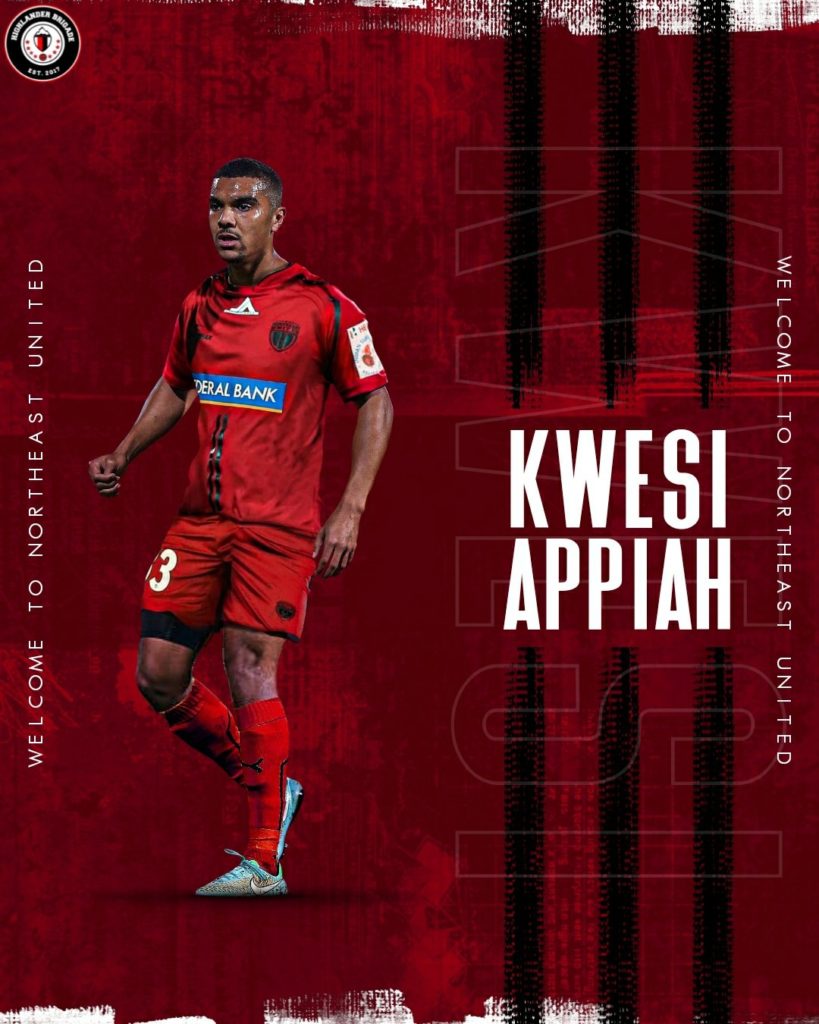 Indian side NorthEast United FC have announced the signing of former Ghana striker Kwesi Appiah on a free transfer ahead of the 2020/2021 campaign.

Appiah parted ways with English League One outfit AFC Wimbledon in June 2020 after his contract expired.

The 30-year-old will be reuniting with Gerard Nus who was recently appointed head coach of NorthEast.

Nus was the assistant coach of Ghana at the 2015 and 2017 Africa Cup of Nations to Avram Grant.

Appiah was part of the Ghana squad that reached the finals of the 2015 Africa Cup of Nations in Equatorial Guinea.

The Black Stars lost to Ivory Coast in a penalty shootout.

The ex-Crystal Palace star scored four goals and assisted once in 21 appearances in all competitions last season for Wimbledon.

Appiah has also played for Notts County, Cambridge United, Reading FC, Yeovil Town, Aldershot Town and a host of others.