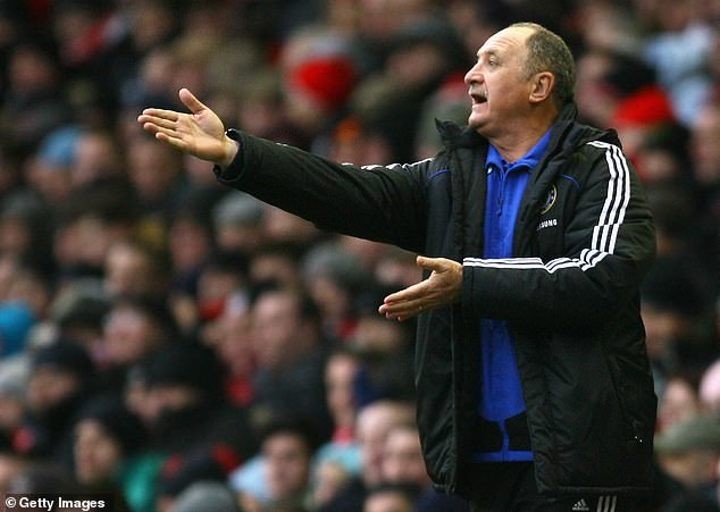 The Brazilian was brought in to succeed Avram Grant in 2008 but lasted just seven months in a frustrating spell at Stamford Bridge.

The 71-year-old, who guided Brazil to World Cup glory in 2002, admitted he had 'issues' with some of the Blues stars.

'I had a form of leadership that clashed with one or two players.'

When asked which members of the squad in particular he had problems with he replied: 'Anelka and Drogba.

'Our medical department thought that we should let Drogba go and recover [from surgery] in Cannes, in the middle of summer.

'I thought he should stay in London. I’d also like to go to Cannes in the middle of summer. I’d stay there for a month, two months, enjoying myself.

'When he came back, I tried to adapt so that Drogba and Anelka could play together. Anelka was the top scorer in the league. We had a meeting and Anelka said: "I only play in one position."

'So, there was a bit of a lack of friendship, of respect, of trying to play together with Drogba. They were both great, but someone had to do something different, to get back to help when we lost the ball.

'That was when it changed a bit. But we’ve met since then, me and Drogba. The last time was in Russia in 2018. We spoke openly about it.

'There wasn’t any ill intention from him or Anelka. But it happened and I lost out on one of the great chances of my life.'

Scolari had made a good start to life in West London, masterminding a 12-match unbeaten run at the start of the season.

But towards the end of the year and the start of 2009 results and performances dropped and he was eventually dismissed following a 0-0 draw at home to Hull City.