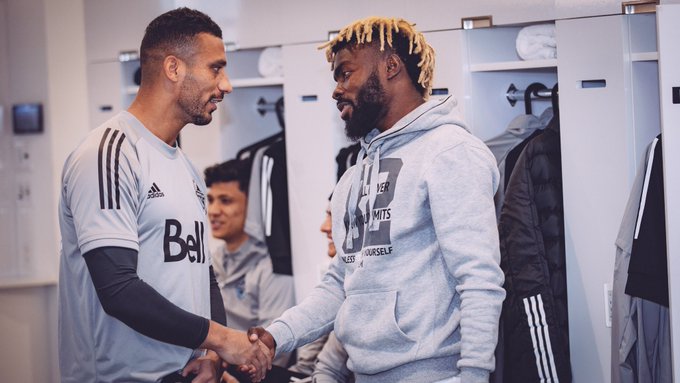 The skillful player arrived in Vancouver on Tuesday to start his career with MLS side Whitecaps FC.

He posted on Social Media on his arrival,"First Day, Still Believe."

The 22-year-old was signed from Israeli Premier League side FC Ashdod in January but there were delays in his visa acquisition.

But the former Dreams FC captain has been ruled out of Whitecaps' opener against Sporting Kansas City.

According to head coach Marc Dos Santos, Owusu would need at least two weeks to catch up with the rest of the players.

''No chance guys,'' said Dos Santos when asked if Owusu might be in his plans for this weekend.

''Imagine if with the guys working the way they are, Owusu arrives and goes straight into the eighteen. I’d be telling the guys who did five weeks of preseason fighting here that it didn’t matter - no chance. Even for LA Galaxy, it will be very tough.''

Owusu made 46 league appearances for Ashdod, as well as an additional 13 matches in Israel State Cup and Toto Cup competition.