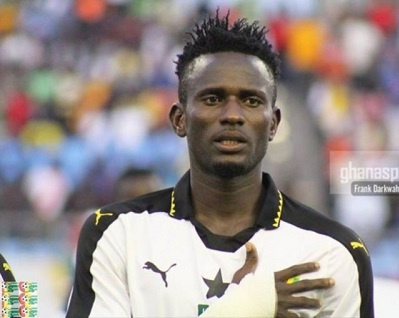 Extremadura UD midfielder Emmanuel Lomotey has been handed a call-up to Ghana's team for the 2019 U-23 Africa Cup of Nations Cup in Egypt, the club has announced.

The former Dreams FC enforcer will join the squad to prepare for the tournament in the North African country.

The 21-year-old is among several foreign-based players being assembled by coach Ibrahim Tanko for the pre-2020 Olympic qualifier.

He has recovered from an injury to feature fives times for the Spanish side this season.

A statement on the club's website read:  "Emmanuel Lomotey will concentrate on Monday 28 with the Ghana National Team to play the African Cup of Nations Tournament, as a pre-Olympic phase for Tokyo 2020,"