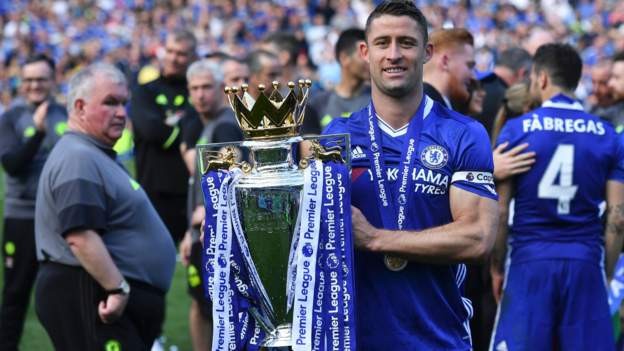 He began his career at Aston Villa and also had permanent spells at Bolton, Crystal Palace and Bournemouth, as well as earning 61 international caps.

"I achieved things I once dreamt of, creating some incredible memories," said Cahill.

"Football is a game that has given me so much enjoyment and success and as I make the decision to hang up my boots I can honestly say I gave it everything I had."

He has been a free agent since being released by Bournemouth the end of last season.

"Amazing highs like winning the Champions League and Premier League, to the privilege of captaining my county and Chelsea in an FA Cup-winning team will remain with me forever," he added.

"Taking the decision to stop playing is not an easy one. I've spent 20 years training every day, putting in the work to be in the best possible shape for matchday to help the teams I've played for be successful.

"I've had time to consider my options and after much deliberation and reflection I feel now is the time to move on to the next stage of my career."