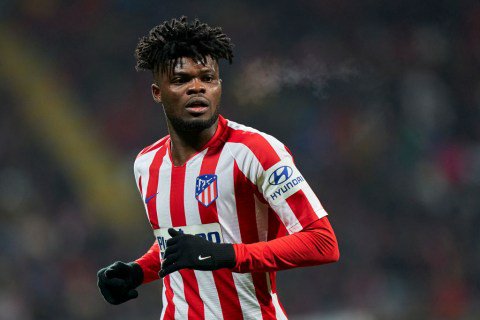 Former Paris Saint-Germain and France midfielder Jerome Rothen spoke to RMC Sport about the club's search for reinforcements in the next transfer window.

According recent media reports, sporting director Leonardo is looking to add Ghana and Atletico Madrid star Thomas Partey to the squad for next season.

Rothen went ahead to give his verdict on what Partey will bring on board if he joins the French champions in the summer.

"You have to know what PSG wants. If the club wants to densify the midfield with an athletic player, big enough, like what most of the big teams in Europe have, Thomas Partey is a reference."

Partey has been linked with a move away from the Spanish side this summer with Arsenal FC, Manchester United and Juventus as suitors for the 26-year-old.

Partey has a release clause of £45million which any of the suitors could trigger at any time but they must be convinced that the midfielder wants to make a move.