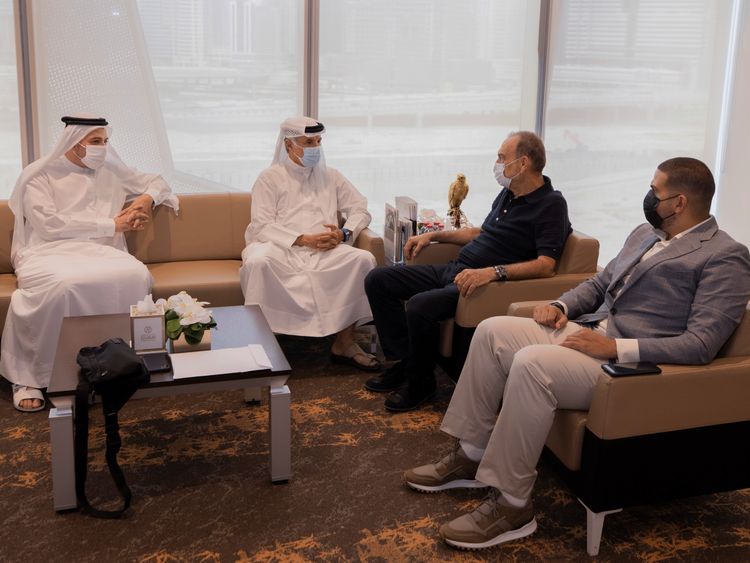 Former Ghana and Chelsea coach Avram Grant has agreed to work with United Emirates Football after talks with the Association's heads.

Grant was met by General Secretary of UAE football, Saeed Hareb, where both parties laid down the a collaborative process of sharing ideas for the upliftment of football in the Gulf country.

The Israeli has enormous experience in coaching, after over four decades in management saw him coach in Africa, Asia and Europe.

Avram Grant started his coaching career at the age 18 as a youth coach of his home-town team Hapoel Petah Tikva in Israel in 1972 before progressing to managing clubs like Maccabi Tel Aviv and Maccabi Haifa, managed the Israel national team from 2002 to 2006, before moving to England as Technical Director of Portsmouth.

He was appointed Director of Football at Chelsea in 2007 and two months later following the departure of Jose Mourinho, he took over as manager of Chelsea and guided the team to the Champions League and League Cup finals.

He returned to Portsmouth as Director of Football in October 2009, and took over as manager the following month. He then spent a season as West Ham manager (2010-2011), before taking over the reins at Serbian club Partizan Belgrade.

The 65-year-old then spent a season as Technical Director of Thailand club BEC Tero Sasana before his appointment as manager of the Ghana national team in 2014.

He stepped down from the position following Ghana’s defeat in the semi-finals of the 2017 Africa Cup of Nations. Grant has also worked in India technical advisor of Indian Super League side NorthEast United.