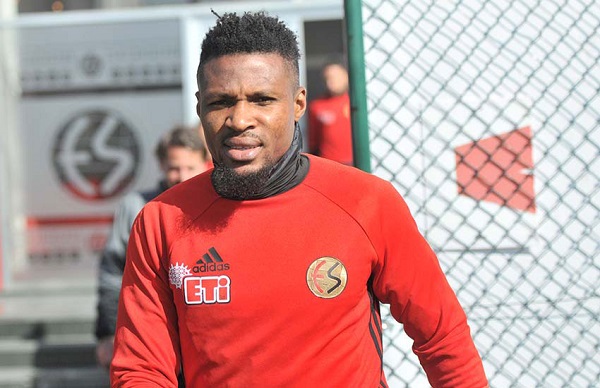 Akaminko began his playing career with Hearts of Lions before moving to Turkey, where he spent 11 years, representing teams like Orduspor and Eskişehirspor.

He debuted for Ghana in 2012 and had a good chance of making the 2014 World Cup, but a serious injury put an end to his dream of competing in Brazil.

Akaminko suffered an ankle injury in a pre-World Cup friendly match in Rotterdam against the Netherlands and was dropped from the squad.

Since the injury, his career has taken a severe downturn, and at 34, after not playing for more than a year, it appears that he is considering retiring.

“No way, no way, the injury, I didn’t have much injuries in my career.

“I think that was the biggest one and I think it really set me back.

“But football is life itself and there are so many things to learn, you lose, sometimes you draw.

“You are happy sometimes you’re not because when you leave your country to another country there are so many things you learn as a professional footballer or player.

“So I think I wouldn’t want that get into me and say I regret, no way.

“I think I enjoyed being a footballer and I thank God for being with me this while and making everything happen.” Jerry Akaminko told Radio Gold Talk Sport.