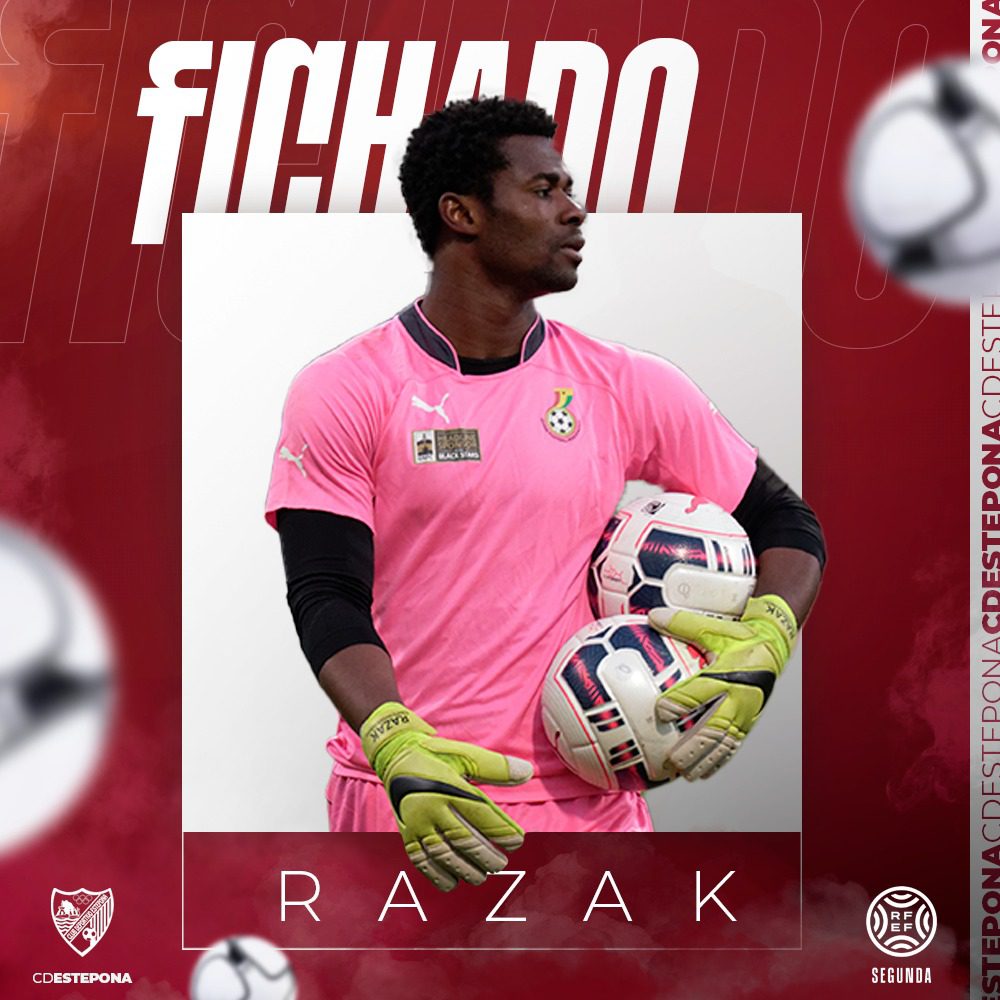 The 35-year-old experienced shot stopper will play for the Segunda Federacion Grupo V side for the 2022-23 football campaign.

Brimah has joined Estepona on a free transfer after leaving third-tier side Deportivo Linares at end of last season after a three-year spell.

The former Black Stars goalkeeper had an outstanding campaign for Linares last time after guiding them to the play-offs for the promotion to the Spanish Segunda Division, the second-tier.

Brimah made 48 appearances for Linares across the three seasons he spent there, he managed to keep 28 clean sheets and conceded 51 goals in the process.

The former Mamelodi Sundowns man has over 100 games appearance in the Spanish Segunda Division where he kept for Tenerife, Cordoba, Mirandes amongst others.

Brimah has been in Spain since 2008 when he signed for Poli Ejido from Portuguese side Uniao Madeira.