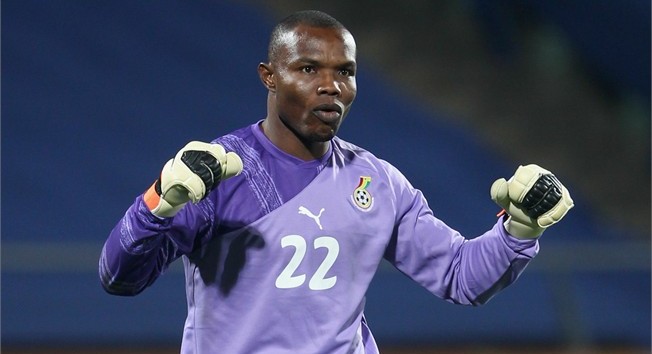 Ghana legend Richard Kingson is brooding over his dismissal from his role as Black Stars goalkeeper's trainer three months ago.

Kingson, 41, was affected by the decision of the Executive Council of the Ghana Football Association to dissolve the technical team of the national teams back in January.

The former Wigan Athletic, Blackpool and Birmingham glovesman has since been replaced with Najawu Issah.

But the celebrated former Ghana star says he's hurt by the manner that  he was dismissed from the job.

"I am always grateful to have had the opportunity to serve the national team as the trainer for goalkeepers but what hurt me was the manner in which my appointment was terminated," he popular Kumasi-based radio station Fox FM

"I received a WhatsApp message on one Monday from the GFA to furnish my CV and certificates.

"I did that and never heard from the GFA again. The next thing I heard was that the technical teams of national teams have been dissolved. This is not how things should be done. It really hurt me."

Kingson, who enjoyed an incredible 90 caps with the Ghanaian national team, was one of the major casualties affected by the decision.