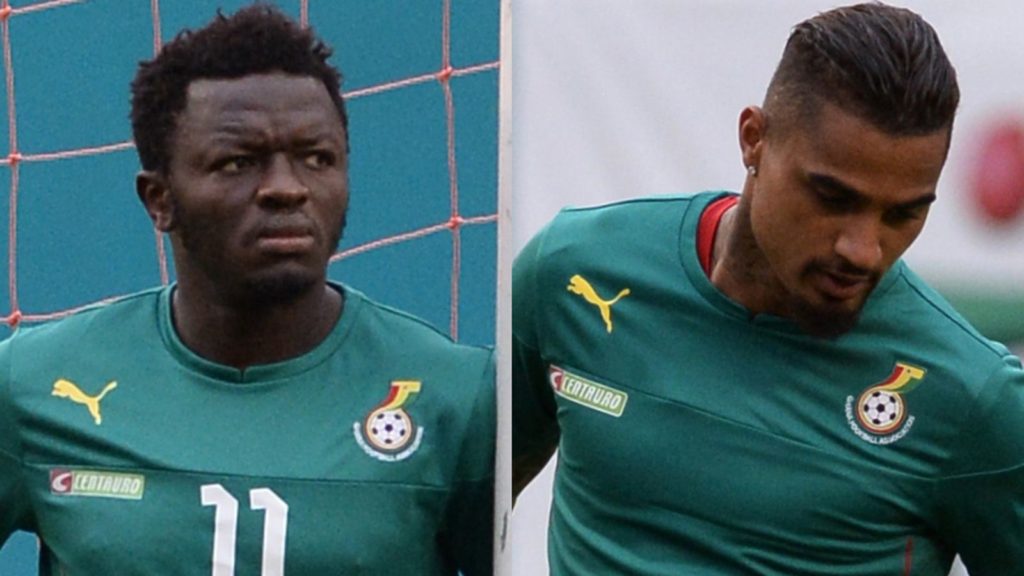 Ex-Ghana footballer Nii Odartey Lamptey has jumped in the public debate over whether Sulley Muntari and Kevin Prince Boateng should make Kwesi Appiah's team for AFCON 2019.

The public has been divided over the decision to allow the pair be a part of the team to Egypt, since NC President Dr. Kofi Amoah stated on national television that the two- especially Sulley have reached out to him insisting he wants to be a part of the Black Stars.

Nii Odartey Lamptey, who played for the Black Stars between 1991-96, says the experience of both player will be needed at the tournament, but says he would have sent Muntari to the competition if he was in charge.

"I shouldn't decide but as I always say, you can't buy experience. Experience is important," he told Muftawu Nabila Abdulai. "But if Kwesi Appiah and his technical team believes they will help the team, why not? They should be able to invite them, but if anything happens they will be held responsible."

The 1991 FIFA U-17 World Cup winner adds he will pick Sulley Muntari on any day because of what he is made of. According to Lamptey, the Albacete midfielder has proven himself whenever he is invited to the naational team despite playing only 37 games in 5 years.

"Somebody like Sulley you can't take many thing away from him but with Kevin, I have seen him play only once for the national team when we went to the World Cup. But with Sulley, yes I can give him that opportunity."