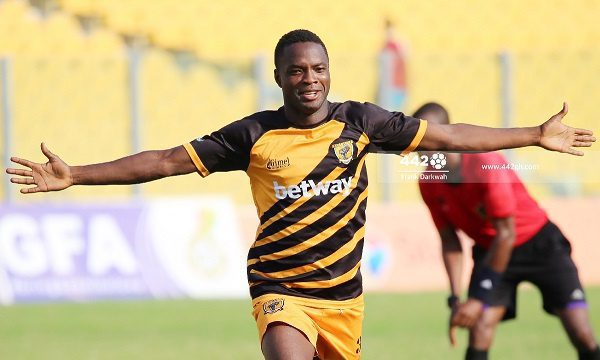 Former Black Stars winger Yaw Preko has expressed satisfaction with the invitation of two local players in the Black Stars team for the 2023 AFCON qualifiers next month.

Coach Otto Addo handed invites to Daniel Afriyie-Barnieh of Hearts of Oak and Augustine Okrah of Bechem United for the games against Madagascar and Central African Republic next week.

Yaw Preko praised Mas Ud Didi Dramani for scouting the local boys but admits Annor's absence could be because of the controversy surrounding Ashantigold. Ashantigold are mixed up with a match-fixing scandal.

“For the two players (Barnieh and Okrah) they deserve it. For now, I think that Otto is not here. He is also working in Germany. I don’t know who is scouting for him. If Didi is scouting for him then this is what he saw as the best for now," he told Original 91.9 FM.

“For Yaw Annor, I will give him that opportunity at any given time because he has played outside, he has played in Spain and he understands football per his form and also scoring but the problem is what is surrounding his team now. I will not be shocked if he earns a call-up for now because he has what it takes as a right-winger. He can do it. I like him because sometimes he reminds me of when I was playing. After all, he is a typical winger. He can do the crossing, he can score when he is playing," he added.

Ghana will host Madagascar in the first game in Cape Coast before travelling to Central African Republic for the second match.