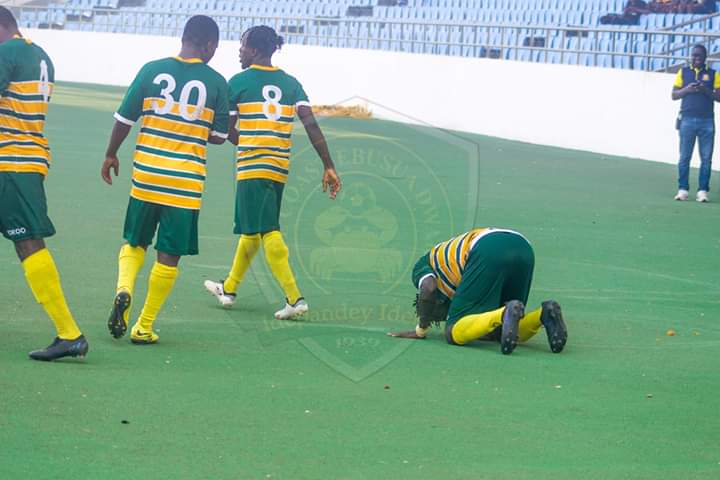 Ebusua Dwarfs have been relegated from the Ghana Premier League despite beating Bechem United 2-1 on the final day.

All three teams have same points after finishing the campaign with 41 points but King Faisal and Sharks have better head to head advantage over the Cape Coast based club.

Dwarfs started the game in explosive fashion and wasted no time in taking the lead after Abubakar Seidu netted after just 20 minutes.

Eleven minutes later Richard Amoah doubled the lead as the Yellow and Greens went into the break with a two goal cushion.

With results from the other centers looking likely to favour the hosts, Bechem United pulled one back with just five minutes left after Abdul Karim netted for the Hunters.

However, with the draw in Sogakope and Sharks' win in Obuasi, it means Dwarfs are now down.