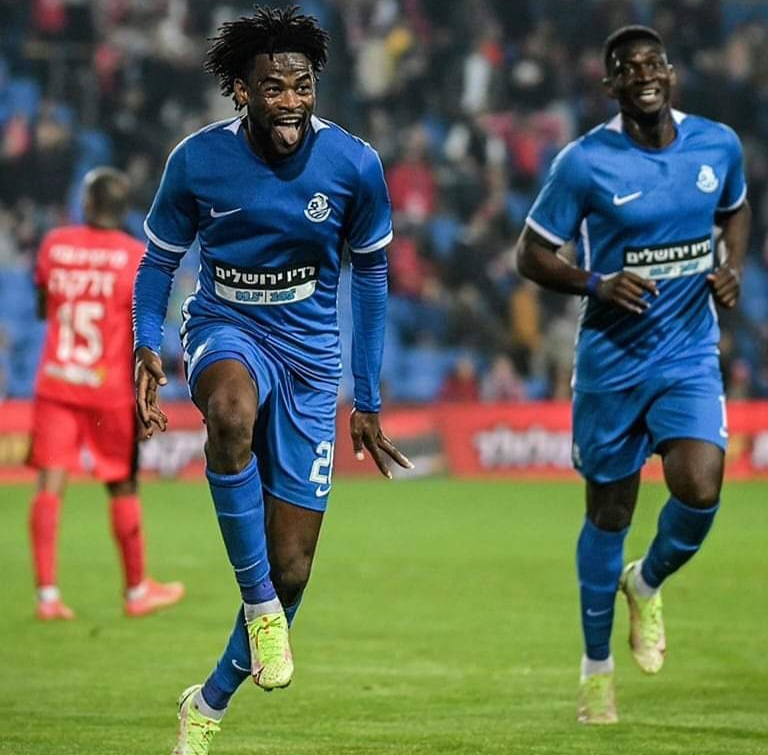 Former Ghana U20 player Zakaria Mugeese was on the scoresheet for SC Ashdod in the Israeli Premier League on Saturday when they beat Hapoel Hadera on the road in round 19.

Mugeese came from the bench to seal the victory for Ashdod as they claimed their second away victory with a 2-0 scoreline in the 2022-23 campaign in the end.

Ashdod got their noses in front through midfielder Mohamad Kanaan seven minutes into the second half after being set up by Naor Sabag at Netanya Stadium.

Mugeese was brought on two minutes later when he took the place of forward Roei Ben Shimon.

The 21-year-old forward formerly of Eleven Wonders and Dreams FC rounded off the victory for Ashdod with a goal in stoppage with an assist from Yaakov Brihon.

Netherlands-born Ghanaian attacker Elton Acolatse was a second-half substitute for Ashdod while Ghanaian forward Emmanuel Mamatah was an unused substitute.

Mugeese has made 11 appearances so far in the Israeli League and has scored twice and assisted another one in the process.