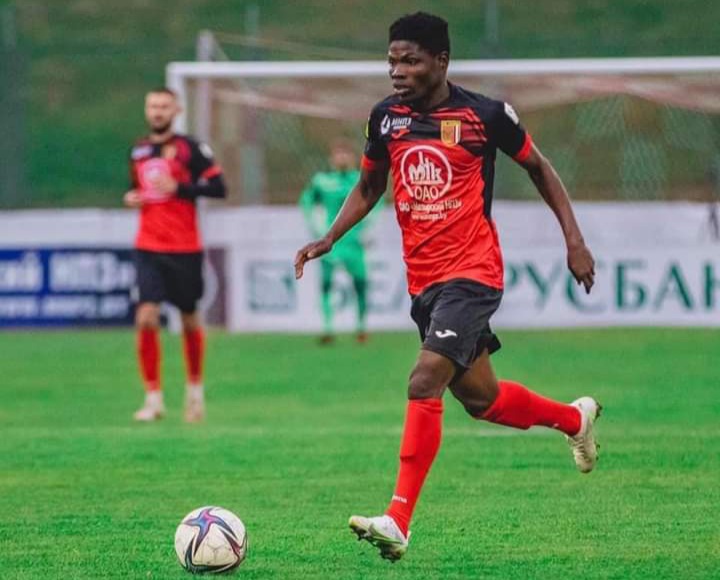 The 27-year-old moved to the Central Asian club on a free transfer after leaving Belarusian side Slavia Mozyr at the end of the 2020-21 season.

Narh spent three seasons at Mozyr where he played 81 matches and scored 17 goals after joining from Turkish side Kardemir Karabukspor in June 2019.

The right winger had his best campaign in the Belarusian top-flight last term having netted 8 goals in 28 games for Mozyr.

Narh has signed with Bunyodkor until December 2022 with an option to extend if he impresses at the end of the season.

The former Tema Youth player made his debut in the Uzbekistani Superliga over the weekend against FC Qizilqum.