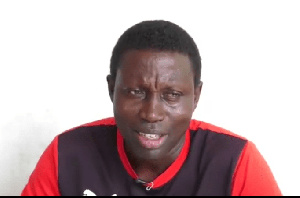 Former Hearts of Oak midfield kingpin Charles Allotey has urged the club to restore the Phobian glory by 'bathing' their players.

Allotey was an important member of the 'feared' Hearts of Oak team that dominated the Ghana Premier League and also won the CAF Champions League and Super Cup in the year 2000.

The Rainbow club have gone over ten years without winning any major silverware, with the closest they came was finishing 3rd on the league table and runners up in the FA Cup in 2017.

The former petit midfielder has opined that the club must re-visit the traditions they were doing during their successful era by going to Sualabaa, Accra Newtown, and all the other places they went to say prayers in order to restore the Phobian glory.

"Before a player is ushered into the Hearts of Oak team you are immersed in water at a place called Majide, after initiation you are taken to the dressing room to pick your jersey number and that is the number you would use throughout your stay at Hearts," Allotey said on Onua FM.

He said as far as he knows most Hearts of Oak players were picked from Auroras and they were better as compared to players that are recruited through justifiers as they are doing now.

Allotey, who played for the national U-17 and the Black Stars is now the coach of Shalom FC, a third division side in Cape Coast, has the ambition of coaching the Phobians (Accra Hearts of Oak) in future.