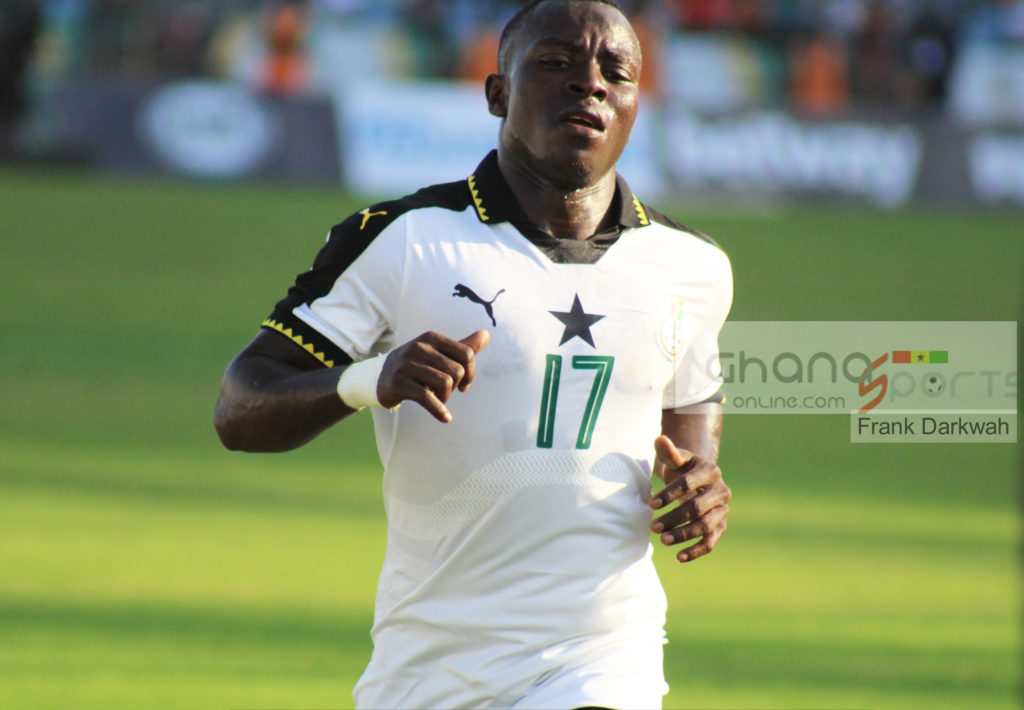 Patrick Razak playing for Ghana at the 2017 WAFU tournament

Former Hearts of Oak winger Patrick Razak has insisted that he will hold regret with himself if he does not represent the Black Stars before calling time on his playing career.

Razak was an instrumental player for Black Stars B when they clinched the 2017 WAFU Zone B Cup against fiercest rival Nigeria.

According to the pacy wideman, his target is to represent the main Black Stars before hanging up his boots.

“I know I have played for the Black Stars B but that is not my target. I want to play for the national team proper. If I sign for a local club and they invite me back to the local Black Stars I will play but now the target is for the Black Stars," he stated on Koforidua-based Bryt FM.

Razak left Hearts of Oak to join Horoya AC in 2018 following his impressive three-year stay with the Phobians.

He is currently unattached after leaving the Guinean giants last year.