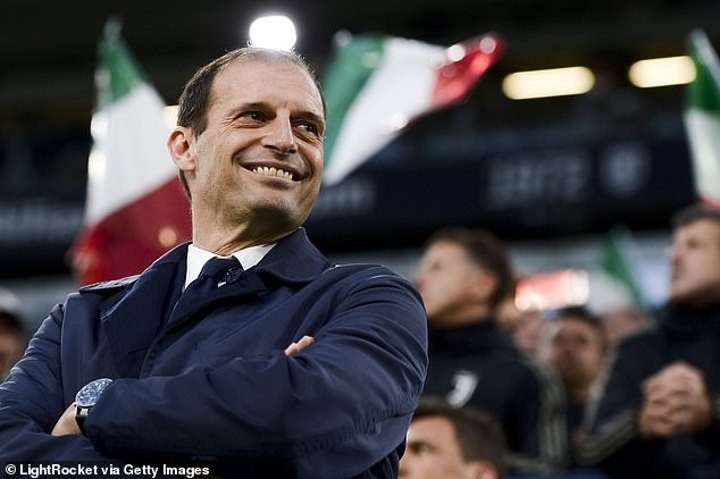 Former Juventus boss Massimiliano Allegri is ready to work again after a year away from football, amid interest from Paris Saint-Germain.

He has taken some time to recharge his batters and, according to La Gazzetta dello Sport, is ready for his next venture.

Despite the French giants once again conquering Ligue 1 and having reached the Champions League quarter-finals, it is believed that the club are determined to make a managerial change.

Allergi is PSG's top target to replace current boss Thomas Tuchel in the hot seat as he has been tipped to leave at the end of the season after clashing with Kylian Mbappe earlier this year.

PSG sporting director, Leonardo Araujo, has allegedly made contact with Allergi to offer him the position after an impressive campaign in Italy, having won six Serie A titles during his time at Juventus and AC Milan, while finishing runners-up in the Champions League in 2015 and 2017.

PSG, meanwhile, were awarded the Ligue 1 title after the coronavirus outbreak curtailed the season in France.

Allegri has also been linked with a move to Manchester United should Ole Gunnar Solskjaer fail to qualify for the Champions League next season.

Allegri, who has admitted that he is learning English, previously said he was 'fascinated' by the prospect of working abroad but has since claimed he would prefer to remain in Italy because of his family, according to La Stampa.