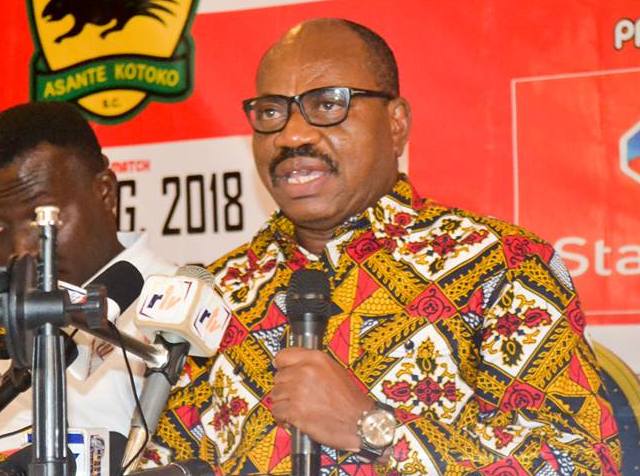 Former Chief Executive of Asante Kotoko George Amoako has disclosed that he 'never wrote' to the new board of the club to demand his unpaid salaries.

Mr. Amoako has not received his salaries since February, but a financial report from the new board omitted the obligation, which prompted the ex-GHALCA boss to seek clarity.

“I chanced upon a financial report that the former Executive Chairman now the Chairman of the board had submitted to the Board which had nothing of me as the Chief Executive Officer as part of the administrative setup in that report,” he told  Happy 98.9FM.

“Most importantly my outstanding salary from February to June had not been mention in the report to the Board.

“So when I realize that the Board will have no knowledge of that outstanding payment due me I quietly talked to some of the Board members to take it up at the meeting. I never wrote to the Board or spoke to any journalist about it.

“I don’t need to make noise before I receive myself. I haven’t officially written to the board to demand my salary,” he added.