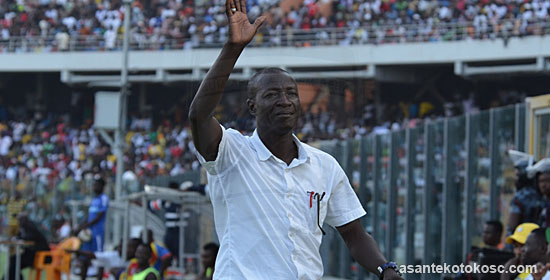 Former Asante Kotoko coach Mas-ud Didi Dramani has blasted Ghana Premier League club for being lazy and not thinking outside the box to see into the future.

The CAF Coaches instructor and now coach of the Black Queens who was at the just-ended 2017 Inter-Regional SHS Sports Festival has launched a scathing attack on Premier League clubs for not scavenging for talent during the event.

The 7-days sports festival which saw the Central Region emerge winner of the boys soccer produced some brilliant talents with incredible qualities and the former RTU player is surprised clubs did not make it a scouting point.

“It doesn’t speak well of our emphasis on youth football. I want to make it clear that tomorrow’s football can’t be with the old age. It can only be with the young ones.

“Again, if really someone wants to transform his team, this is the best destination for any club to identify the talent and harness them for the future. All the best players from the regions are here and you are not paying too much to be here to scout,” Didi told GHANAsoccernet.com.

“If you don’t have the chance of going to the regions or to the districts to scout for talents, here is a forum where all the best have been brought. So why are the clubs not here? He questioned.